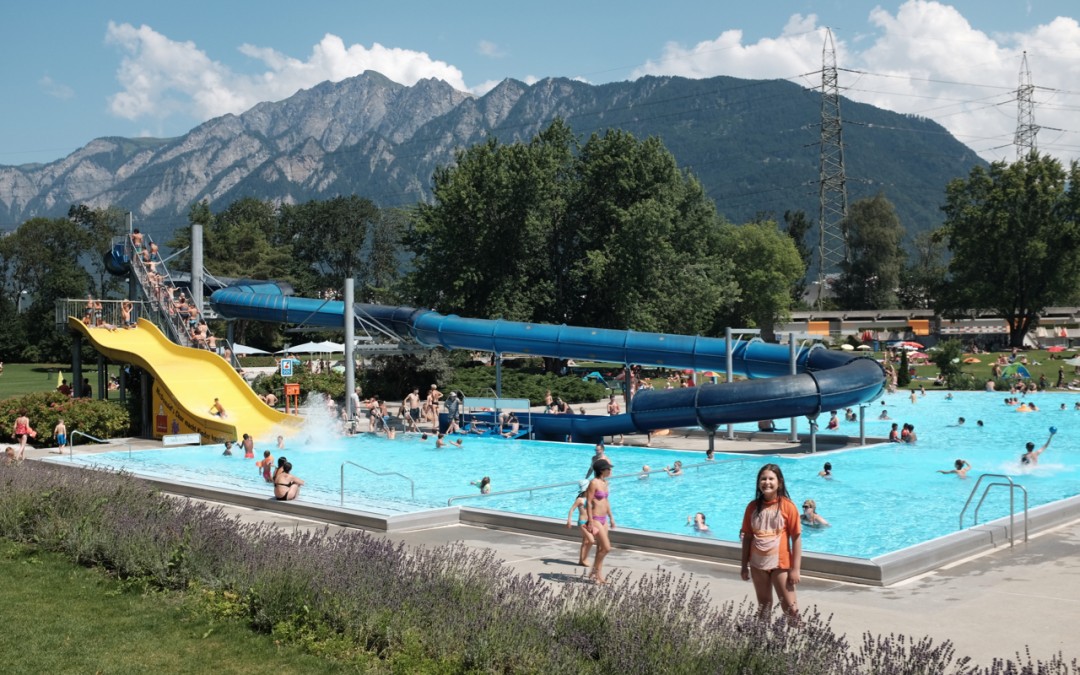 A quick post with photos of the awesome public swimming pool next to our camping spot on the edge of town here in Chur, Switzerland. We spent a good chunk of the day here. Jette and I swam and Mila relaxed in the shade at a picnic table by the fancy and very popular charcoal grills. 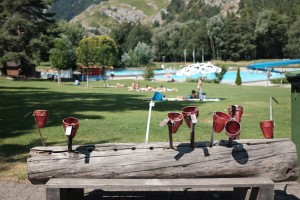 Stick-in-the-ground ashtrays at the pool.
Yes this is Europe and seemingly everyone still smokes. Yuck! 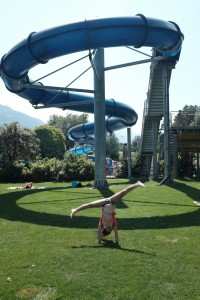 Cartwheels under the waterslide.

It is hard to tell from the photos, but the whole giant pool was an “infinity edge” style pool with an elevated edge and drain assembly with water up to the top and spilling over the edge. The pool was not concrete, but enameled or plastic coated steel! It had a smoooooth surface and everything was super, spotlessly clean.

The culture was very different and much more permissive than in the U.S. There were lifeguards, but they were not very obvious. They walked around and watched things from a distance. There was no one staffing the waterslides, even at the very top of the tall, steep stairs. There was never a whistle blown, never a reprimand. Everyone was very well-behaved, but the range of permissible behavior was much greater than at home. Kids ran  freely (yes, ran), dove into “shallow” water, went down the waterslides on their knees, backwards, head-first, whatever. Little kids ran around naked. Old grannies wore teeny tiny bikinis and had belly button piercings. No one was injured and everyone seemed to be having fun. 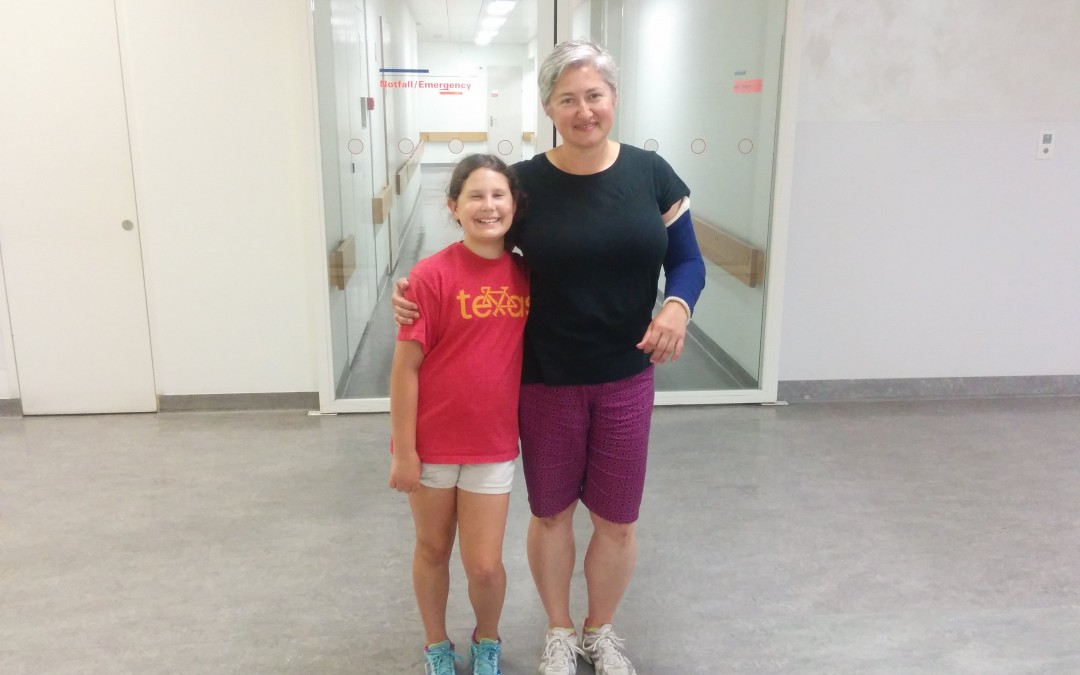