Today was a rest and rain day in Arnhem. We woke up and walked through the chilly rain for some breakfast. Mila and Jette did some shopping and I went into the cafe at HEMA to use their WiFi. So far virtually every hotel and WiFi hotspot we’ve found has a PAINFULLY slow internet connection. For example, our hotel had upload speeds of 0.4 Mbps. That’s why we haven’t posted many videos – we haven’t had the bandwidth to upload them (or the time to edit them)! 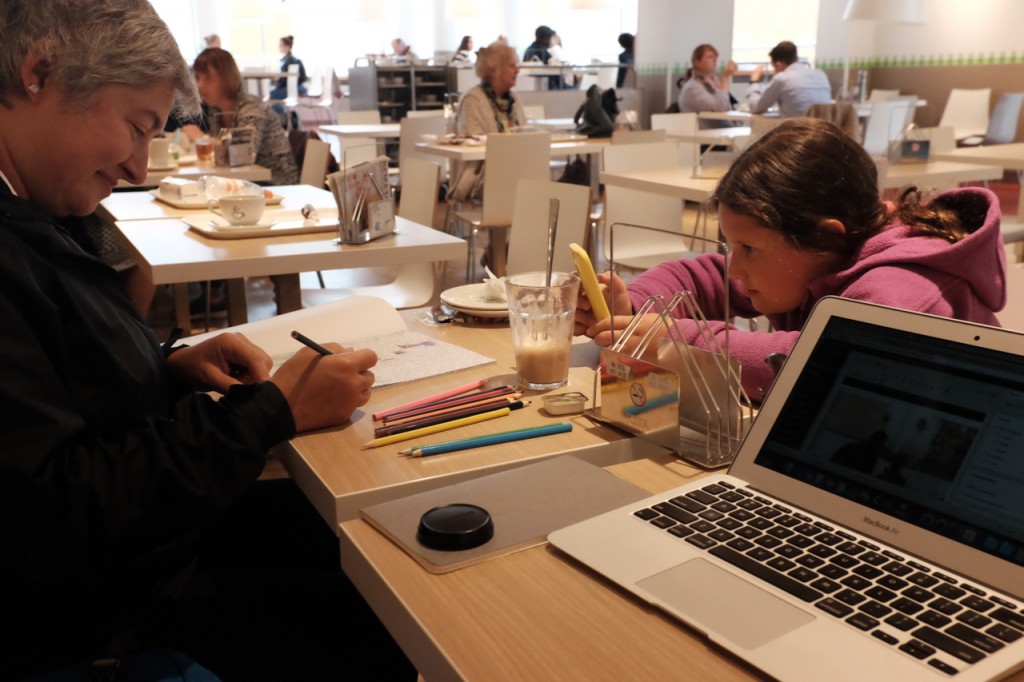 Anyway, the Dutch discount store HEMA (like a cross between Target and IKEA) has free WiFi and it was about 7 times faster than the hotel’s connection. I spent a few hours there catching up on blog posts and emails and the girls joined me when they were done shopping.

Afterwards, I took all of our dirty clothes and rode across town through the rain to a laundromat I found on Google Maps. It was closed! 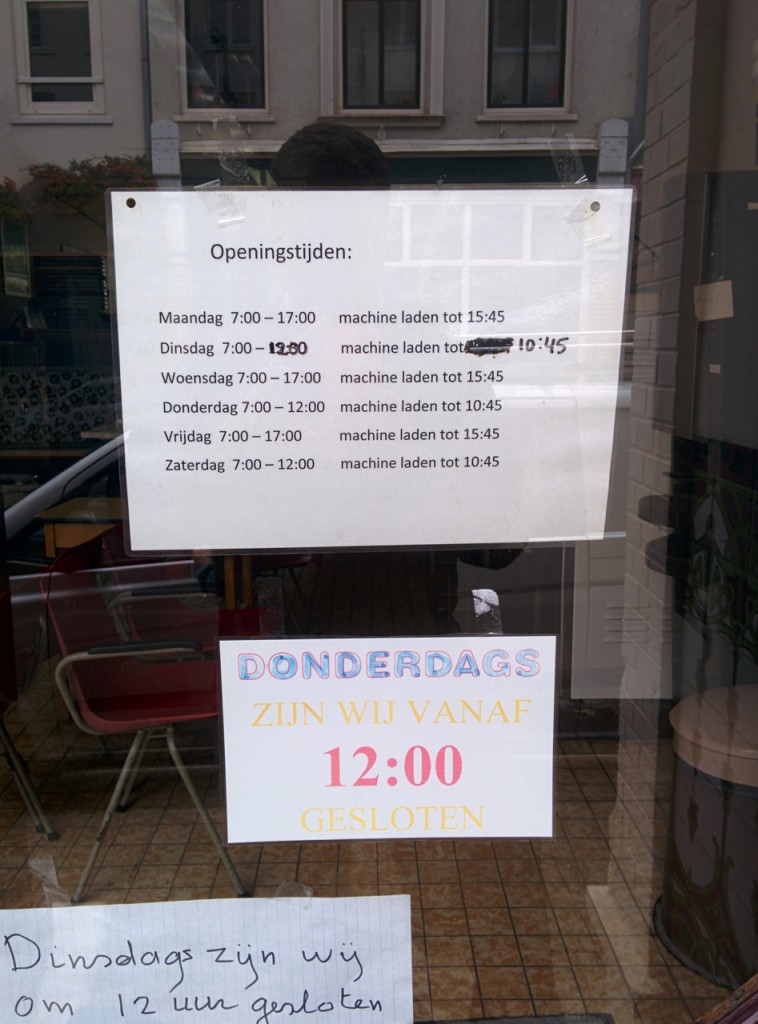 The sign on the window had the 5:00 closing time on Tuesdays crossed out and replaced with noon. Bummer! I checked Google Maps and the closest alternative I could find was South across the river, so away I went in the rain. It was not a coin-operated laundry, but rather the kind of place where you drop off your clothes to be laundered. They were willing to do our two loads while I waited…for 27 Euros. Ouch! At least it was cheaper than the hotel laundry service. 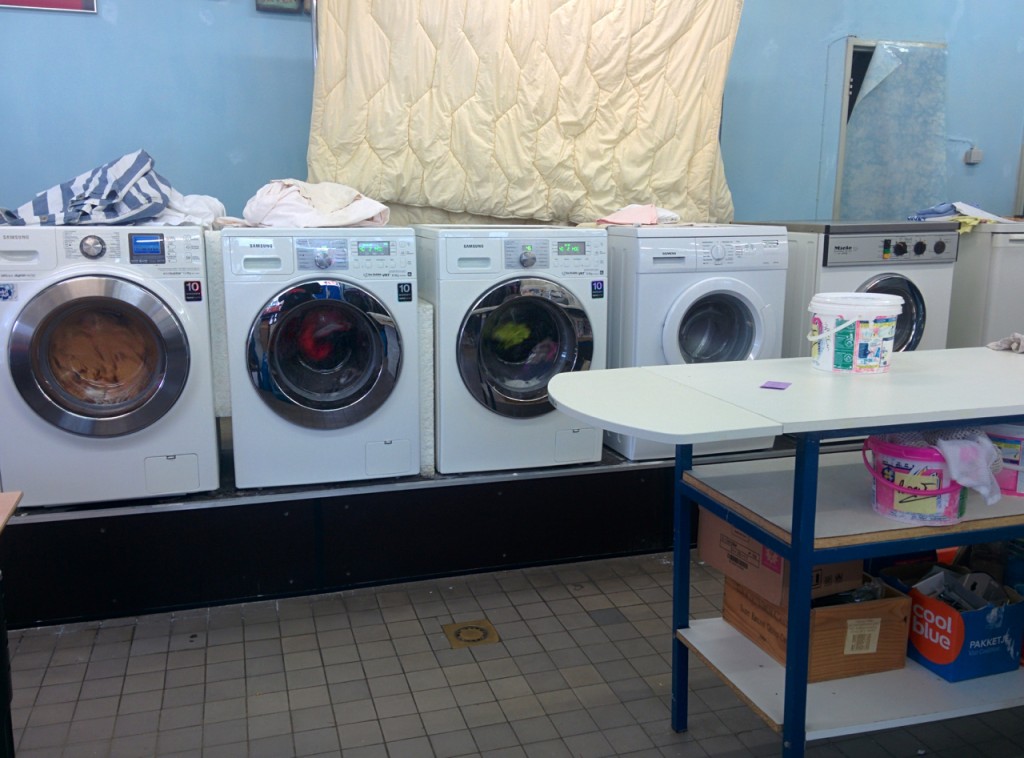 Two hours later, I was back at the hotel with laundry done and we wandered out to find some dinner. As I rode over the bridge in the rain, there were a hundred or more soldiers milling about and there was an event crew setting up massive LED screens and lights on the bridges for the evening’s event commemorating the Battle of Arnhem and the fight for the bridge.

Arnhem proper is one of the larger cities in The Netherlands, but it is quite small by U.S. standards with about 150,000 residents. The larger Arnhem-Nijmegen metro area is just over 700,000. Although Arnhem was small, it had a good amount of retail, commerce and bustle. It was a nice combination that made it feel like it was just the right size and not too quiet or sleepy. 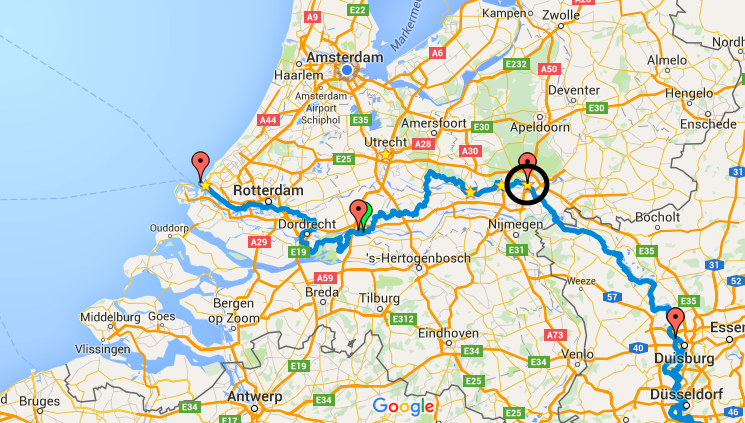 Arnhem on the map

The next day we would discover that it was surrounded by a beautiful landscape, parks, dykes, forests and farmland…