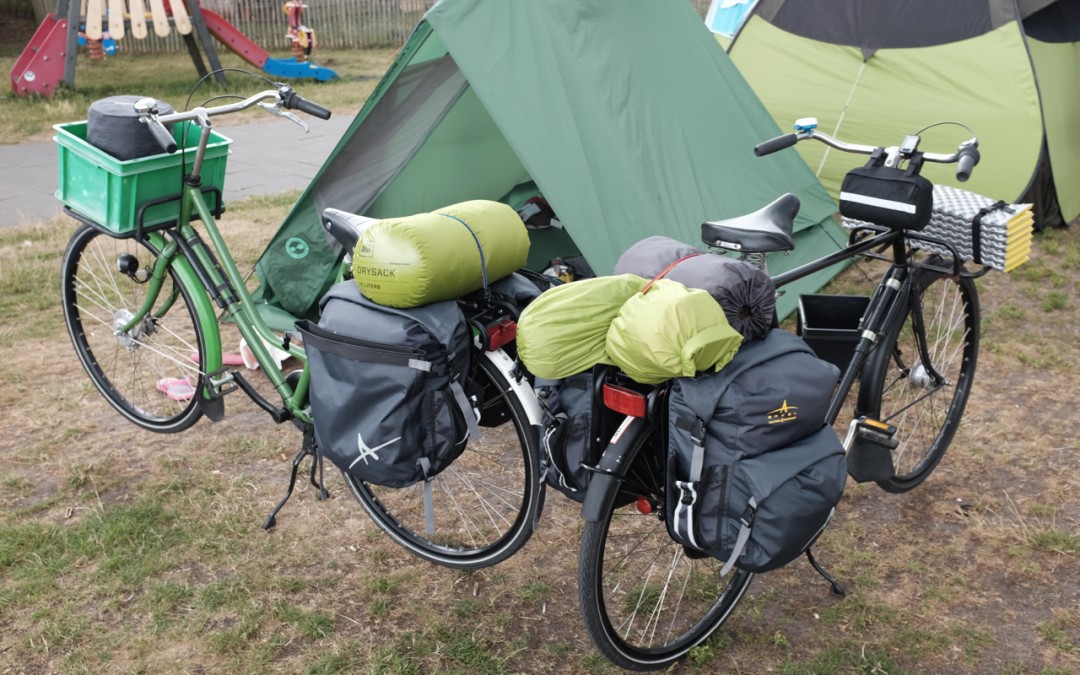 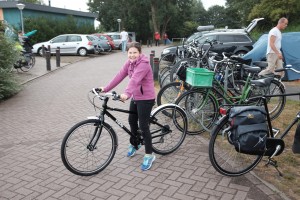 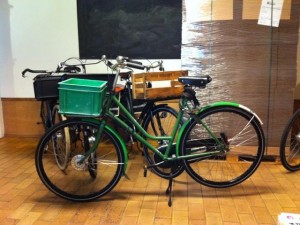 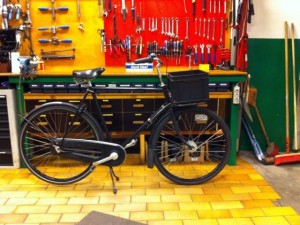 These are our new beasts of burden. The Parminator and Green Goblin are used Dutch city bikes from WorkCycles. Franken-Frog is a new Frog Hybrid, modified for our purposes.

It is not uncommon for people doing bike tours to bring fancy touring bikes like the Co-Motion Americano Rohloff on their adventures:

While quite a nice ride, the basic bike starts at $3,700. That would be $11,100 for three, not including  thousands more for shipping, racks, bags, and all the extras stuff one needs for an extended bike trip. Of course, my daily commuter bike, the Surly Long Haul Trucker, is a great touring bicycle too, and at $1,300 for the basic bike, is considerably more cost-effective.

Bike geeks will probably find our actual choice of bicycles for this trip insane.We’ve bought simple, well-used Dutch city bikes for this trip. This should add a bit of a challenge factor to the tour. If Annie Londenderry could circle the globe on an 1890’s bicycle, surely we can get across Europe a couple of “old beaters,” right?!

For the bike geeks our there, here are the basic specs:

We coordinated the purchase of the bikes by email before we arrived, and originally, this was to be Jette’s bike: 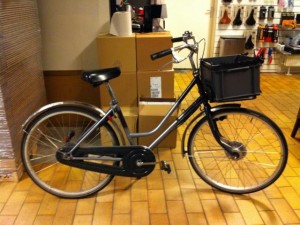 The Bike That Wasn’t

It is a women’s 45cm frame, which turned out to be too big for Jette.  Instead, we purchased a new Frog Hybrid and had WorkCycles modify it (thanks guys!) with upright, city-style handlebars, fenders, a better saddle, and a rear light (we brought our own front light).  She rode it first with the stock, flat handlebars: 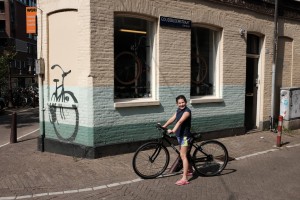 Jette on the stock Frog

All of her bikes have been upright, city style bikes and she found the aggressive, forward-leaning position of the flat bars very uncomfortable. We looked at some dutch city bikes for kids, but there were few options in stock at any of the various shops we visited, and they all had coaster brakes which she was not comfortable with. So, we asked the WorkCycles guys to take the the Frog into their lab… The results: the Franken-Frog:

Not quite city bike, not quite standard hybrid. I think they might have been a little embarrassed by its unconventional nature, but Jette loves it. It is much more comfortable for her and seems to be a perfect fit. It is lightweight, well made, and sports 8 speeds and good rim brakes. We picked it up day-before-yesterday that night we had a hard time getting her to stop riding and go to bed! 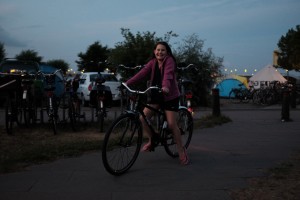 We will be taking the train to Switzerland tomorrow, so today I’m trying to figure out how to get our stuff packed in the Arkel panniers and other bags we brought with us, and then how to get it all on the bikes.  We have a ton of stuff! 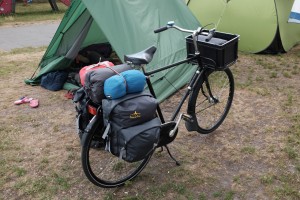 Test packing the Parminator – front crate still on and sleeping bags not in dry sacs. 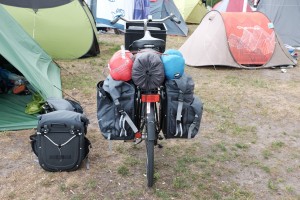 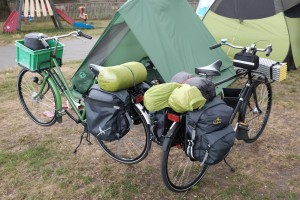 Both bikes, about two-thirds packed.

In the last photo above, I’ve removed the plastic crate on the front rack of The Parminator so that I will have a place to strap the tent, foam sleeping pad, and who knows what else!

OK, that’s it for now. Have to go figure out how to pack up the rest of our junk for our morning departure!