From Colombia to Peru

Let’s go back in time about a month. If you’ll recall, we had a great time in the beautiful Paisa town of Jardin in Colombia, then felt the earthquake in Pereira. We spent about a week in Pereira, a small city that was quite nice. It was bustling with commercial activity and seemed to have quite a good standard of living and growing middle class. Tucked into the foothills of the Andes in Colombia’s coffee country, it was also a good base for exploring the area. As with everywhere we went in Colombia, the weather was perfect. 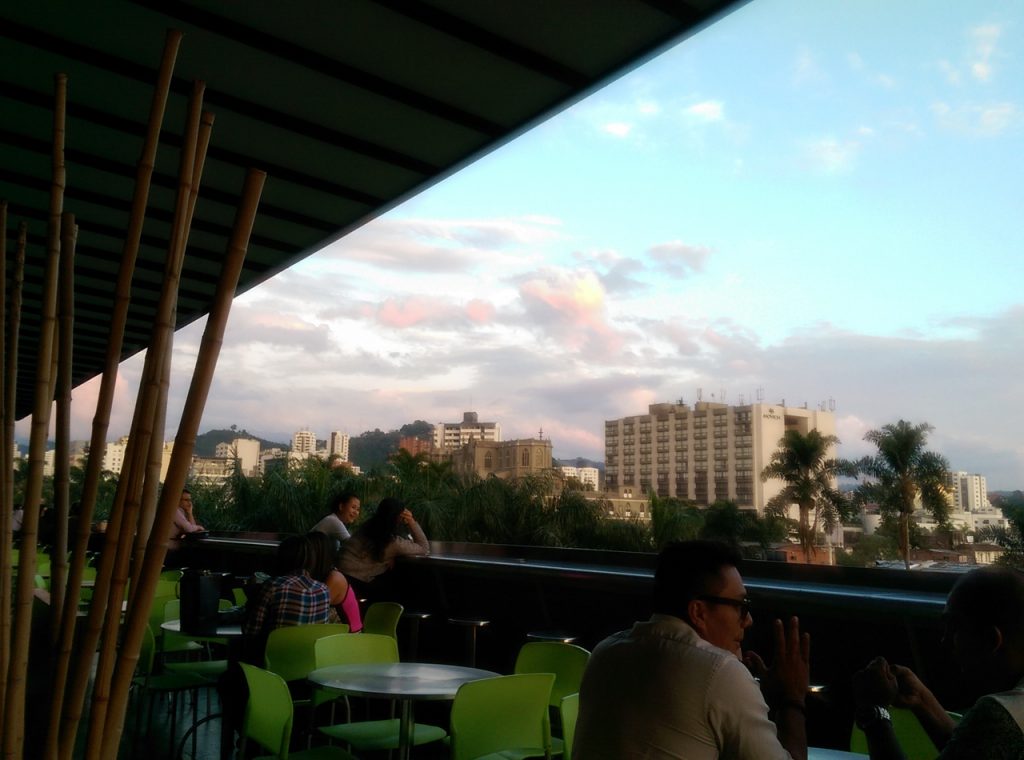 With perfect weather, even the food court at the local mall is open air.

But the hotel bathroom left a little to be desired, at least for me… 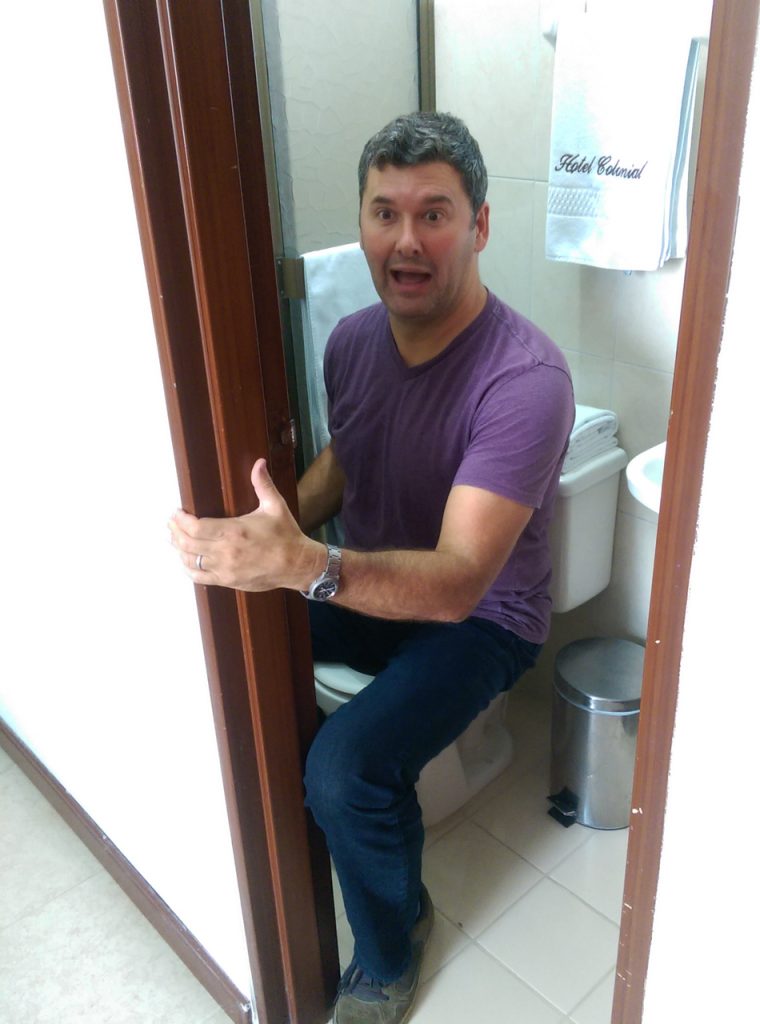 Can I get a little leg room please?

From Pereira we did a day trip to the very touristy town of Salento. It was cute, but so touristy we were glad we weren’t staying. While we were there we walked around town and did some horseback riding. The town square was closed to vehicles and there were lots of kids out having fun. Oddly though, they had huge speakers set up playing really weird techno music. Here’s a video showing what it sounded like (I have NOT added a soundtrack, this is really the music they were blasting!!!)

Despite the crazy music, it was a fun scene with all the kids playing. Jette did some cartwheels and handstands, and a little boy on roller blades came over to chat. He was a sweet little guy and we had fun talking with him and just watching all the action in the square. 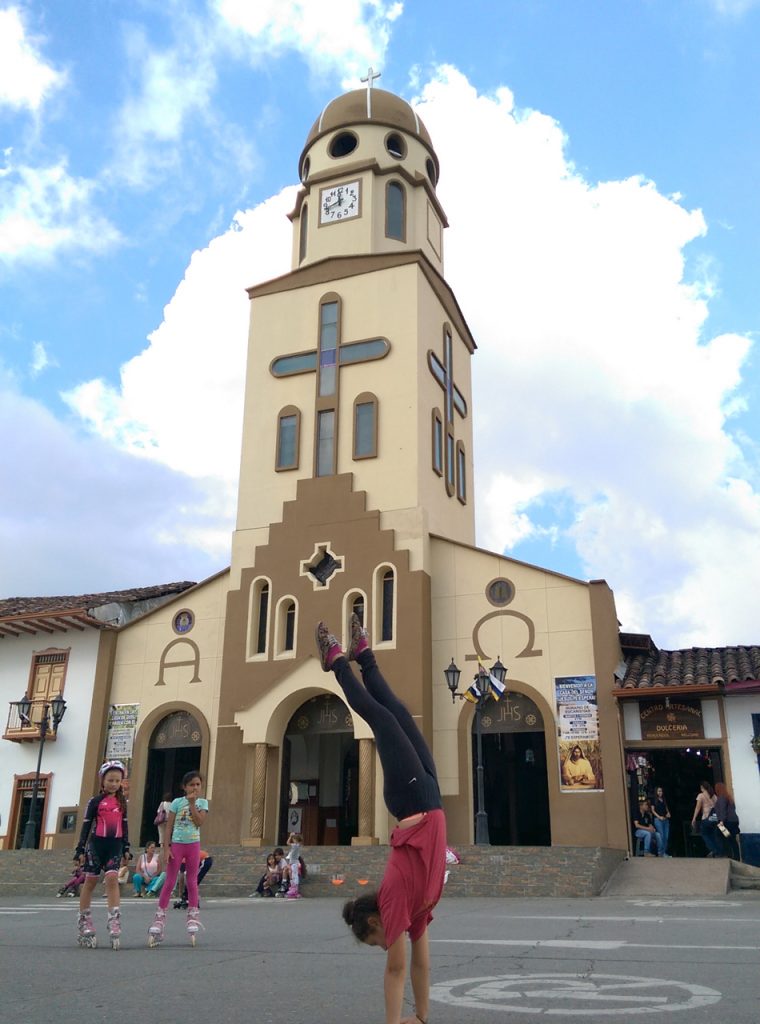 The horseback riding was nice. It took us down to the Quindio River and the scenery was beautiful. 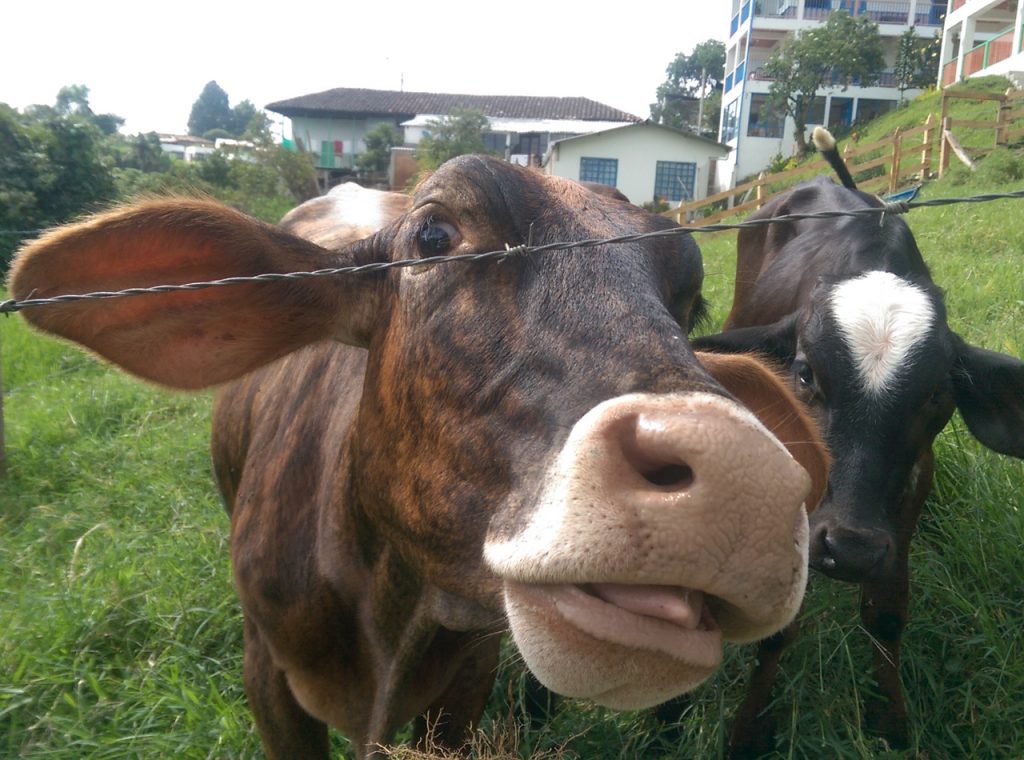 One of our friends in Salento

The other day trip we took from Pereira was to Panaca. This is how Wikipedia describes Panaca:

PANACA is a farming theme park that promotes contact between humans and nature, intended for those who live in the city and to create awareness about nature.

Their tagline is, “Sin campo no hay ciudad” (Without fields there is no city). There are thousands of animals and they grow a variety of crops in display gardens. There are animal shows, exhibits, and even a zip line above it all. 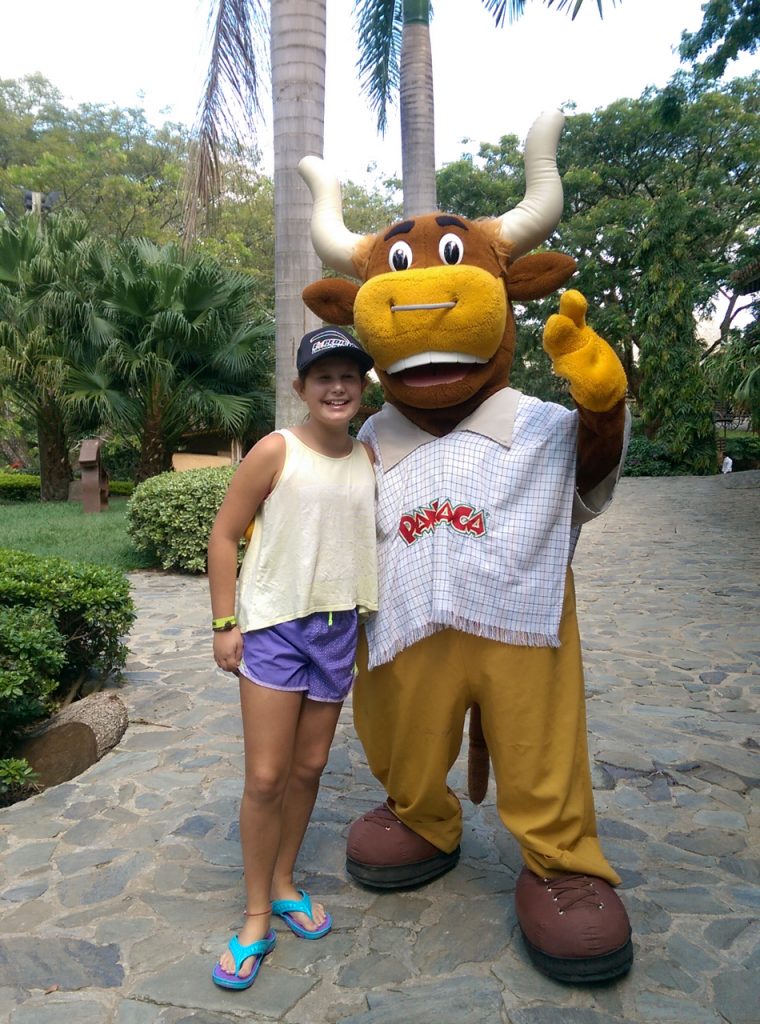 Jette and the Panaca Mascot

It was FANTASTIC. We spent the whole day wandering the theme park, and I think we were the only gringos there. The park, the exhibits and the animal shows were great. I wish we had something like this in the U.S. Jette had a great time interacting with all the animals, especially the chickens, rabbits and pigs. As for me, I was shamed in front of a large crowd when I lost a cow milking contest!

From Pereira, we made a quick trip to Cali, Colombia. Cali wasn’t originally on our agenda, but when I received an email from my bank notifying me that they were cancelling both my credit and my debit cards (the bank was switching from MasterCard to Visa and there was no way to postpone the switch!), We needed a reliable place to have them sent and given where we were in Colombia, an international hotel in Cali seemed like the best bet. So we spent one night in the Hampton Inn in Cali. It was actually a really nice hotel and my new credit card was waiting patiently for us, safely tucked inside a FedEx envelope at the front desk. 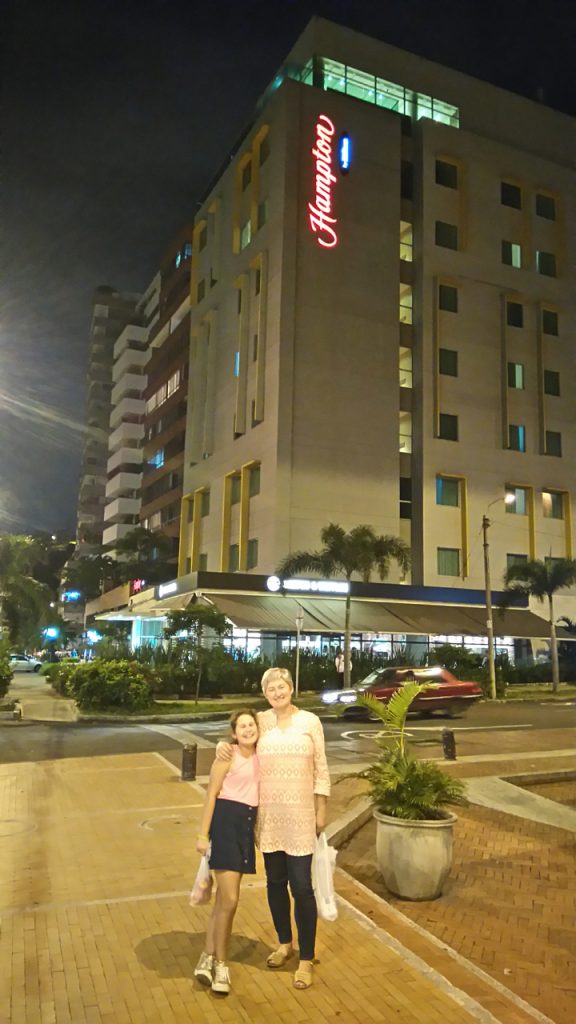 From Cali, we caught a flight to Lima, Peru. On the airplane we read about far off lands… 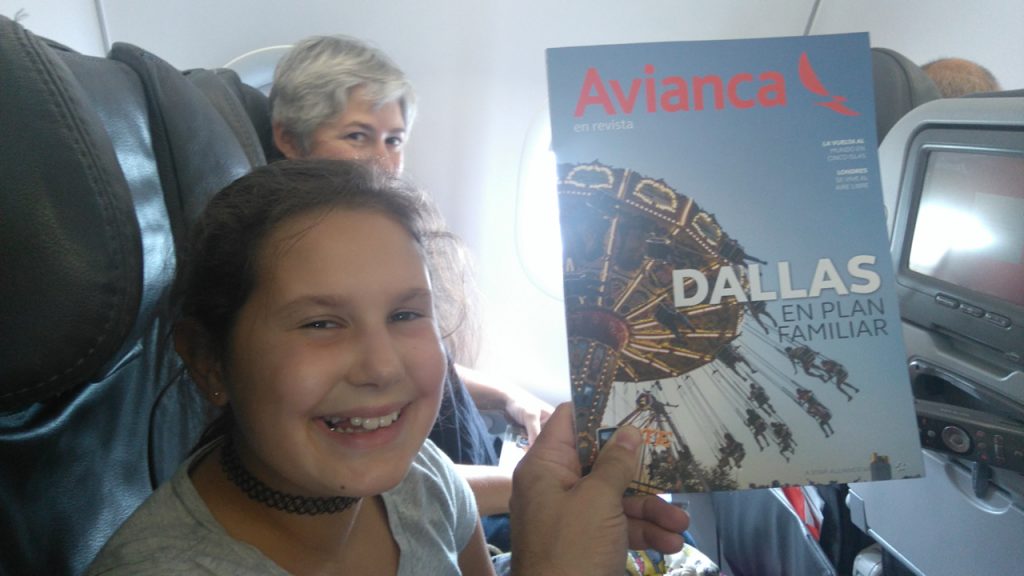 Where is this fabled place called “Dallas”?

Overall, Colombia was fantastic. It is a beautiful country – an amazing landscape, with an amazing climate and a proud, friendly people. With its history of conflict and crime it has been off the mainstream tourist circuit for years. It still has some healing to do, but wow, what a great country. We’ll be coming back again, I’m sure.