NOTE: This post is a few days old now, but our internet connections have been so bad that I have not been able to get photos uploaded and finish the post. I managed to get a few photos uploaded so I’ve decided to publish this one without the other photos for now. (Here are some photos on Google that will give you some idea what this place looks like). When we have a functional connection again I’ll edit this post and add the other photos and also add a post or two about the weaving class and our trip to the waterfall. 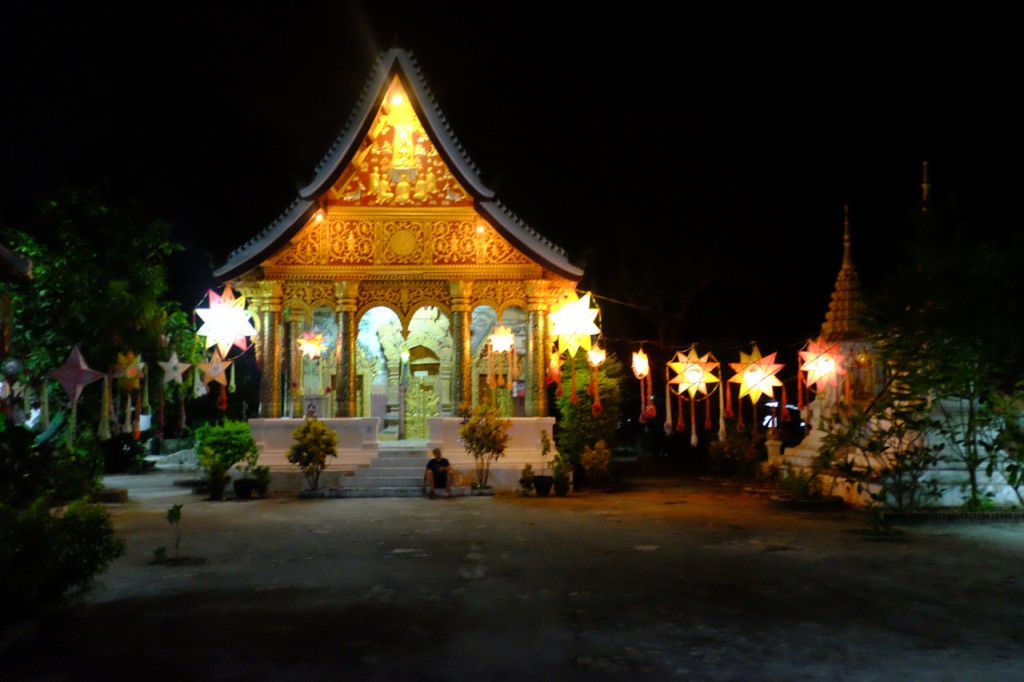 We’ve been in Luang Prabang, Laos for a week. Jette and I have been fighting colds. Despite being run-down, snotty-nosed, sneezy, sore-throated kids, we have still been exploring a bit and having fun. Of course we’ve spent quite a bit of time just resting and healing too. Yesterday Jette woke up feeling really rotten with an upset tummy. She opened her eyes, rolled over, and puked. Yep, as we used to say in fifth grade, she puked, barfed, blew chow, spewed stew, revealed her meal. 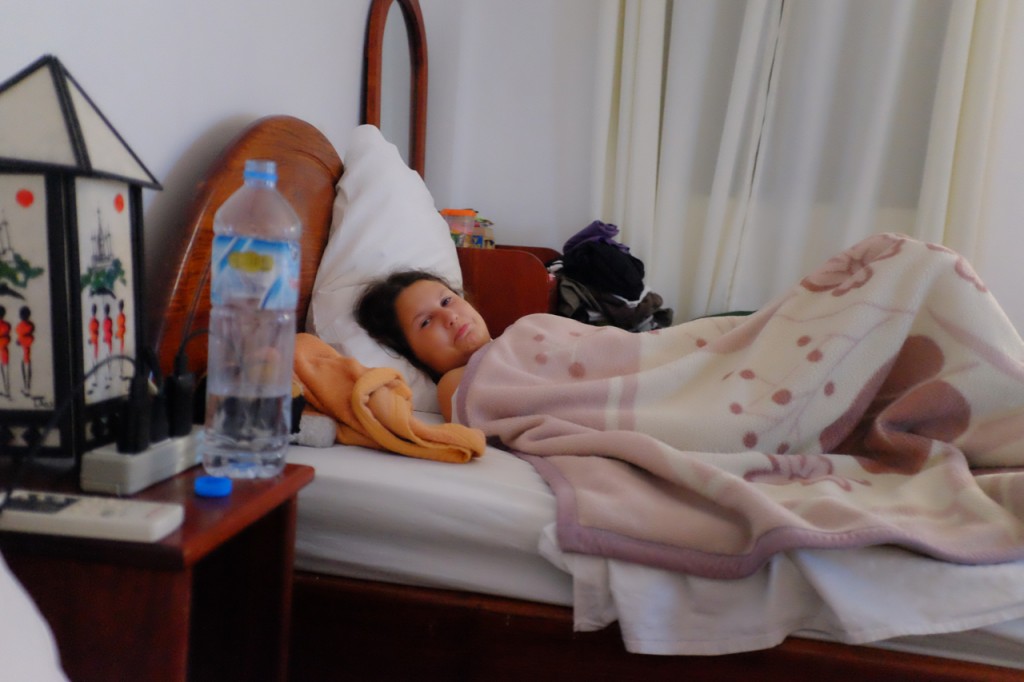 Thankfully by the end of the day she was feeling much better. Today both Jette and I are feeling good, almost back to normal aside from a bit of lingering nasal congestion, but Mila woke up with a sore throat! Oy vey! That’s how it started for us.

Luang Prabang is the second largest city in Laos. It has a small, sleepy feel, especially in the neighborhood of the “old city.” The quaint old city harkens back to French Indochina with lots of villas and shophouses dating back to the 1930’s and earlier, all fairly well preserved (or at least still standing and in use). It is a UNESCO World Heritage Site. The old city sits on a small peninsula about 1 km long and 300m wide, at the intersection of the Mekong River and the Nam Kham River. There are four streets that run the length of the peninsula and a mix of cross streets and small alleys that connect them. Overall, it’s a cute little place that is all about tourism now. Despite the fact this it is so touristy, it has its charms. For us it has been a comfortable place to slow down and rest a bit.

Having ridden and studied the Rhine, it is interesting to now be on the Mekong and to see the similarities and differences. There are common needs and patterns that have driven human’s use of the rivers and settlement throughout history. It’s no surprise that Luang Prabang sits on a peninsula at the confluence of two rivers. It’s a position that has economic, transportation, military, and general resource benefits, and a settlement and development pattern that we have now seen the world over.

Since the French colonial days, the town has expanded beyond the peninsula. The new part of town looks like a typical SE Asian town, perhaps a Thai town from 20 years ago. It is not touristy at all. While Mila and Jette were doing their weaving class last week, I walked through that part of town and one of the markets there and didn’t see another gringo. I also bought an umbrella in the market, which was apparently quite a novelty as my friendly negotiations with the seller quickly drew an audience, LOL. I ended up paying 20,000 KIP for the umbrella. Do you think I got a good deal? 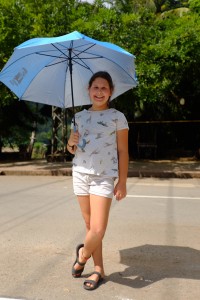 Lao people and culture are very interesting. The stamp of communism is evident everywhere, something I may elaborate on in a future post. Culturally it is quite a contrast to Thailand, though the languages are quite similar.

Anyway, we’ve been enjoying the town’s sleepy vibe and many cafes. Mila and Jette took a full-day weaving class, and we all took a trip to a nearby waterfall. We’ll tell you about these in upcoming blog posts.