We haven’t talked much about what would traditionally be called “education” so I thought I would do a quick post on the subject. In a nutshell, things are going very well. In terms of her education, this will be a GREAT year for Jette. 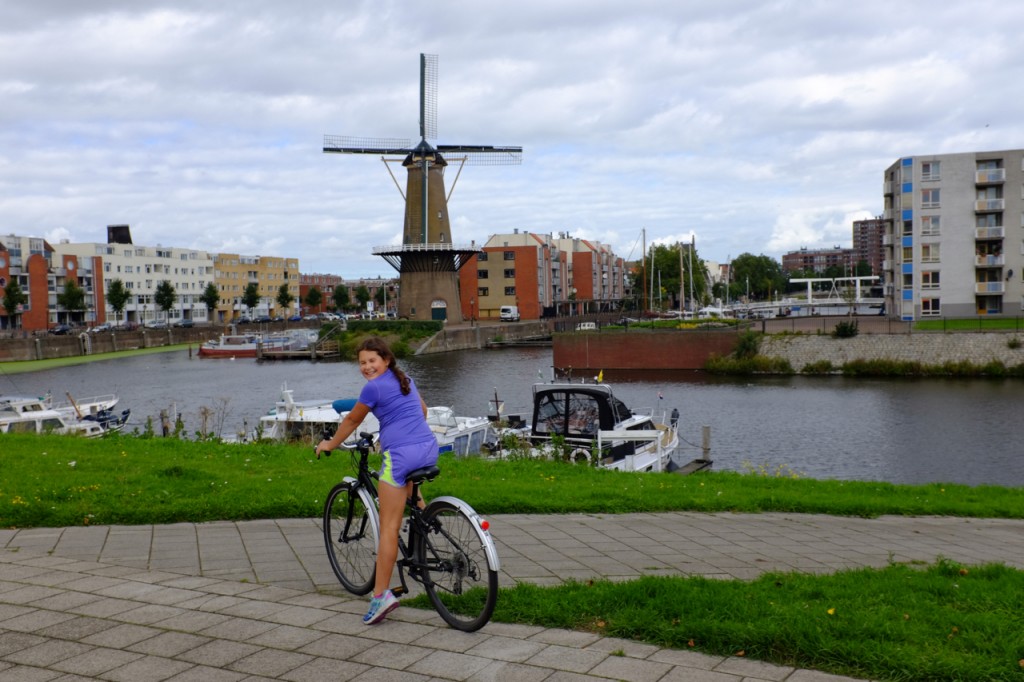 An old windmill in the middle of the city

The bike trip down the Rhine provided a perfect context and structure for a detailed, experiential look at European history and culture. Following the river on bikes meant that we really experienced the lands we passed through. Hills, valleys, plains, fields, forests, wind, and sea. Endless fields of corn, tiny hamlets, big cities – we saw, heard, felt, and even smelled it all. Just as importantly, we experienced the subtle and sometimes not so subtle differences from place to place. We saw cultures change with landscape, and patterns of human settlement and development defined by geography. The river is the perfect vehicle for understanding human settlement patterns. Rivers are, after all, the cradle of human culture. Every hour of every day provided opportunities for us to explore that story. In the end, Jette wrote her own Story of the Rhine. Of course she did a good amount of math, art and science along the way too. Travel is one of the best teachers, particularly when you are focused on the endless learning opportunities it presents. 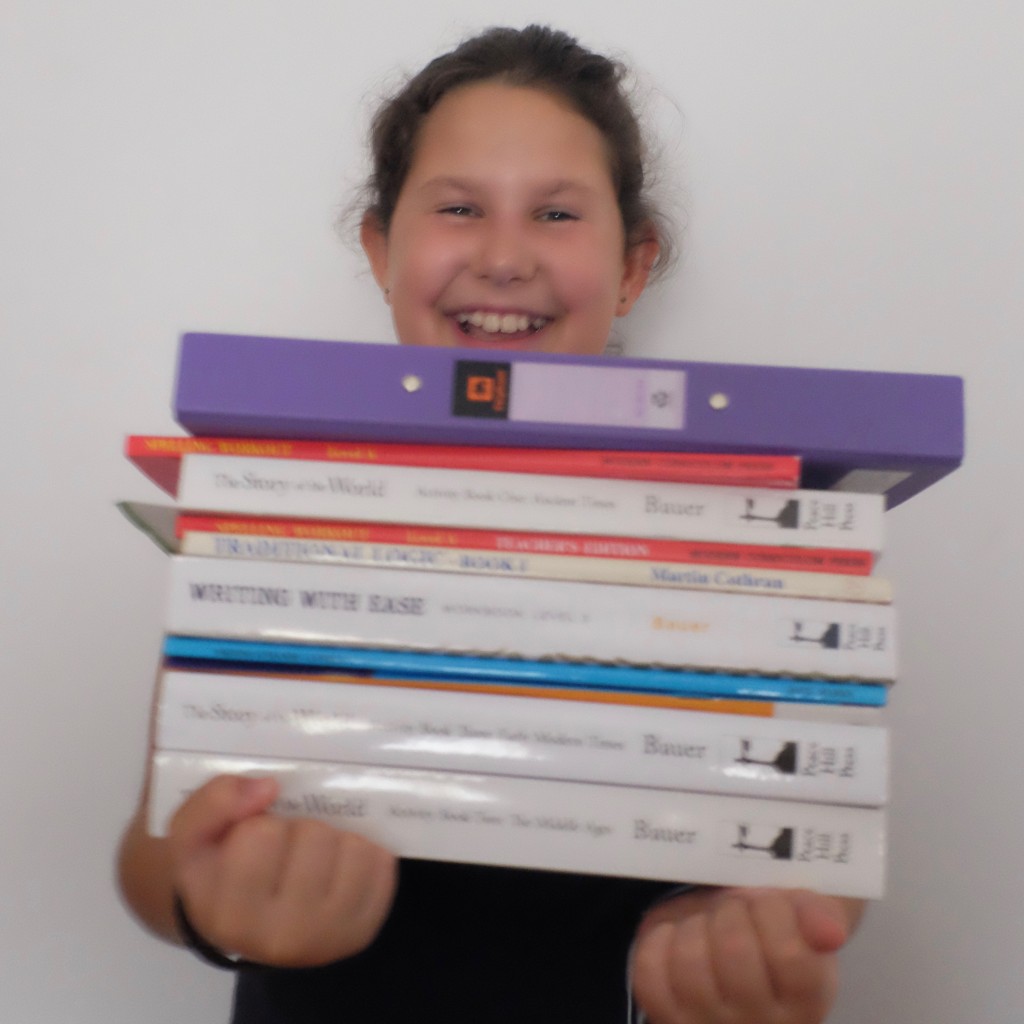 Jette with her notebook and some of her books.

As we transitioned from our European bicycle trip to our Asian adventure, we’ve added more “book work.” We’re not following any particular curriculum, we’ve created our own. It’s an odd approach that mixes elements of unschooling, Montessori, and classical education (think trivium – grammar, logic, rhetoric).

With the latter, we’ve found that The Well-Trained Mind: A Guide to Classical Education at Home by Susan Wise Bauer is a great resource. We’ve also been using her The Story of the World texts and teaching guides. Jette is currently on Volume 1: Ancient Times: From the Earliest Nomads to the Last Roman Emperor. By the end of the trip she should have completed Volume 2:The Middle Ages: From the Fall of Rome to the Rise of the Renaissance and Volume 3: Early Modern Times, which will have given her a survey of world history from ancient times to today. I’m a firm believer in the importance of the study of History. All things are interrelated, and History is the “great conversation” that puts it all in perspective (connections anyone?). As part of this work, she is writing a summary of each chapter and a brief biographical sketch of each key historical figure. There is also map work. All of these things go into her binder, so by the end of the trip she will have a survey of world history, penned in her own hand, complete with maps, illustrations, and key biographies. Pretty cool. She’s also doing related reading beyond the main text. For example, as part of her ancient history studies, she read the Mary Pope Osborne version of Homer’s Odyssey, Tales from the Odyssey.

In the Montessori philosophy, Jette is in the Second Plane of Development, where among other things, abstract thinking and reasoning really begins. In the classical model this is the Logic stage. Along these lines, Jette recently completed two books of logic problems and has just started to study formal logic with the text Traditional Logic I. It is fairly advanced, so we’ll see if it proves to be accessible to her.

On the Math front, she’s almost finished with the math workbooks her school so kindly provided, and has been diligently working her way through 5th Grade math on Khan Academy (KA is awesome!).

She been doing some additional writing and even a bit of Shakespeare memorization.

While not necessarily of the “book” variety, our travels are unimaginably rich with learning experiences. Right now we are sitting in a little cafe in the historic district of Penang, a UNESCO World Heritage site rich with history and cultural flavor. We see, smell, taste and hear the intersection of British Colonial, Indian, Malay, Chinese and indigenous cultures every day. Today the Thaipusam festival is in full swing and Chinese New Year is just around the corner. We ordered breakfast speaking in Bahasa Malaysia (“Minta satu ayam, tiga roti cani, dua teh tarik. Terima kasih”) On Tuesday we head to Sumatra, where we will see first hand the source of the smoky haze that choked us and chased us out of Singapore. We might even get a peek at the rainforest before it vanishes and the orangutan before they are extinct.

We are learning a lot.
It has been a good year so far and we are thankful.