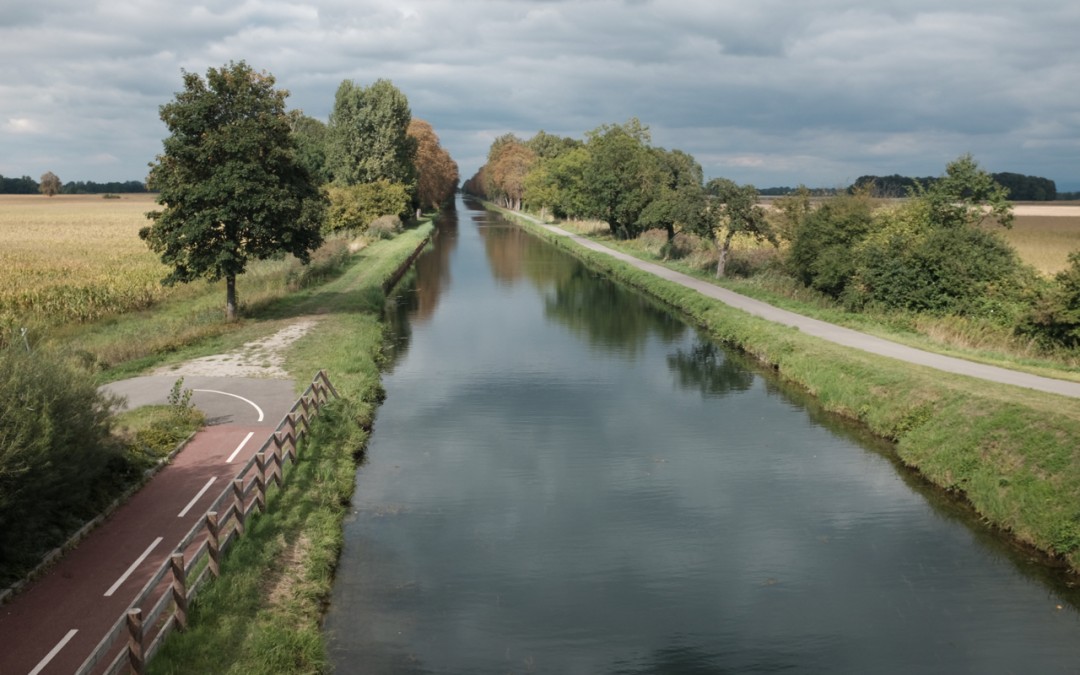 Today we rode 53.5 km from Neuf Briasch to Boofzheim. We almost made it to Strasbourg! We are so close.

Since we slept in the Hobbit Hole last night, packing the bags and bikes was a pretty quick affair this morning. 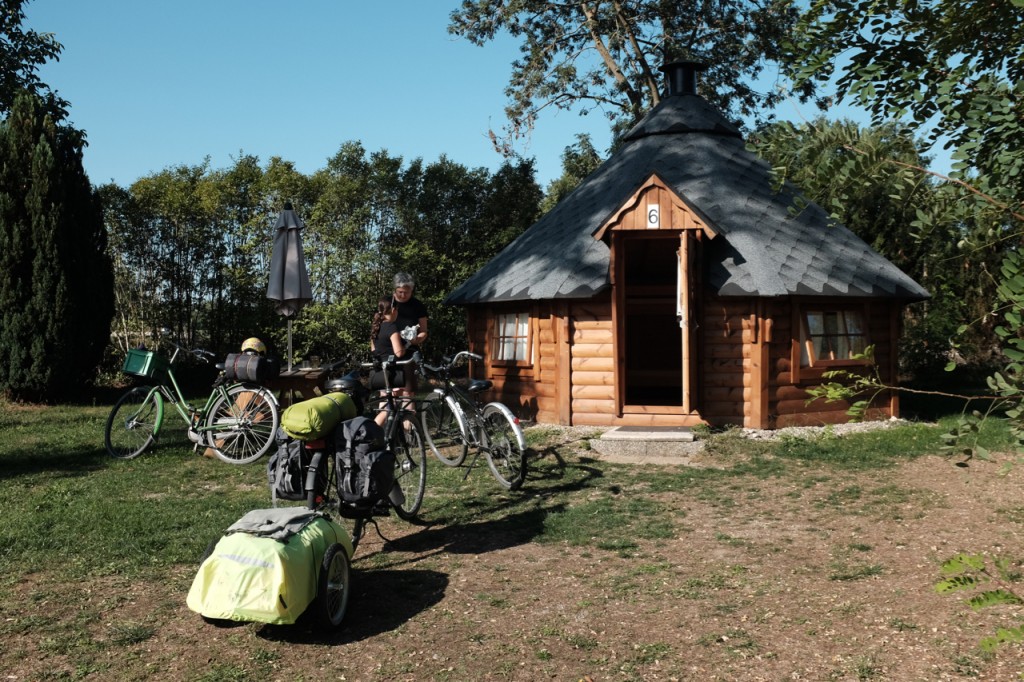 Packed and ready to roll

We hit the road at about 10:20 and following the route signs, somehow did about a 5 or 6 km loop before we got on the right path headed North. We didn’t have any problems at all with the signs in Switzerland or Germany, but for some reason the French signs seem a bit tricky. Its not a function of not being able to read them (we can), but rather the placement of the signs, the number of different routes indicated, and je ne sais quoi.  While on our loop we met a nice Canadian couple on a tandem and chatted for a few minutes. It wasn’t long before we were on the right path. 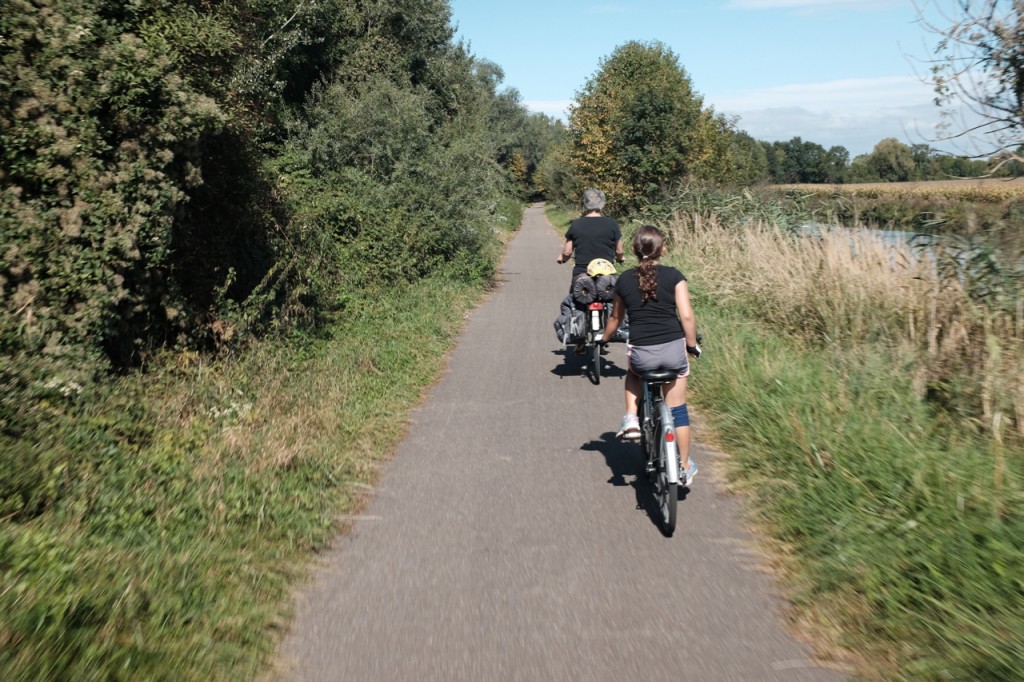 It was more cornfields and small villages, and then we were on a long, straight path along the Rhone au Rhin Canal once again. 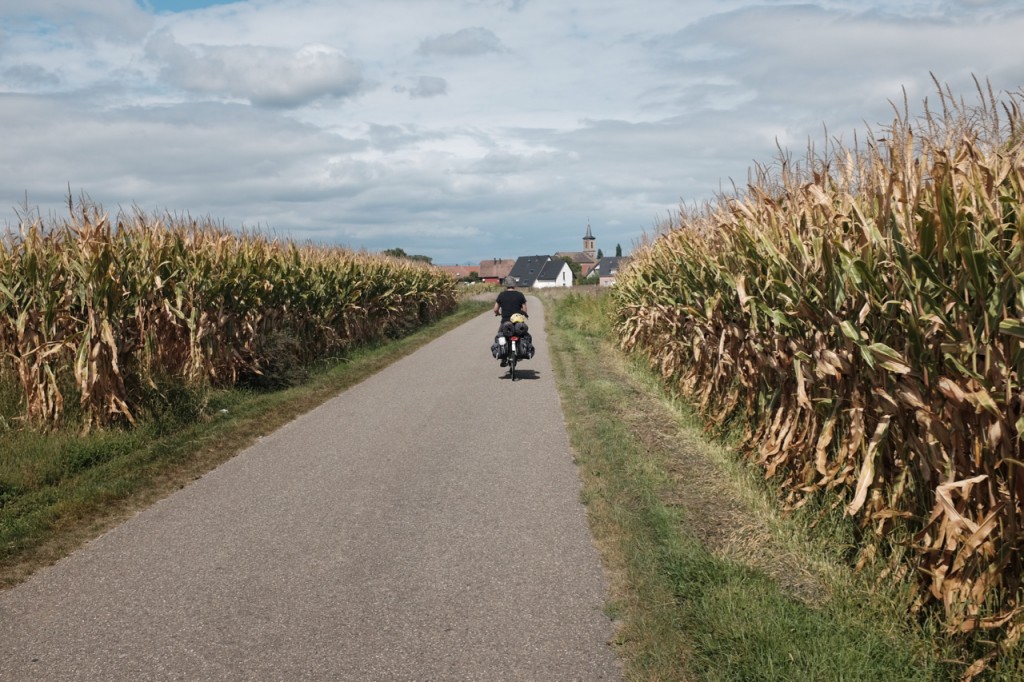 We stopped for lunch at a village with a patisserie. It was the only thing we could find, and it was quite good. We each ate a sandwich and took some pain au chocolate to go for fuel along the way. 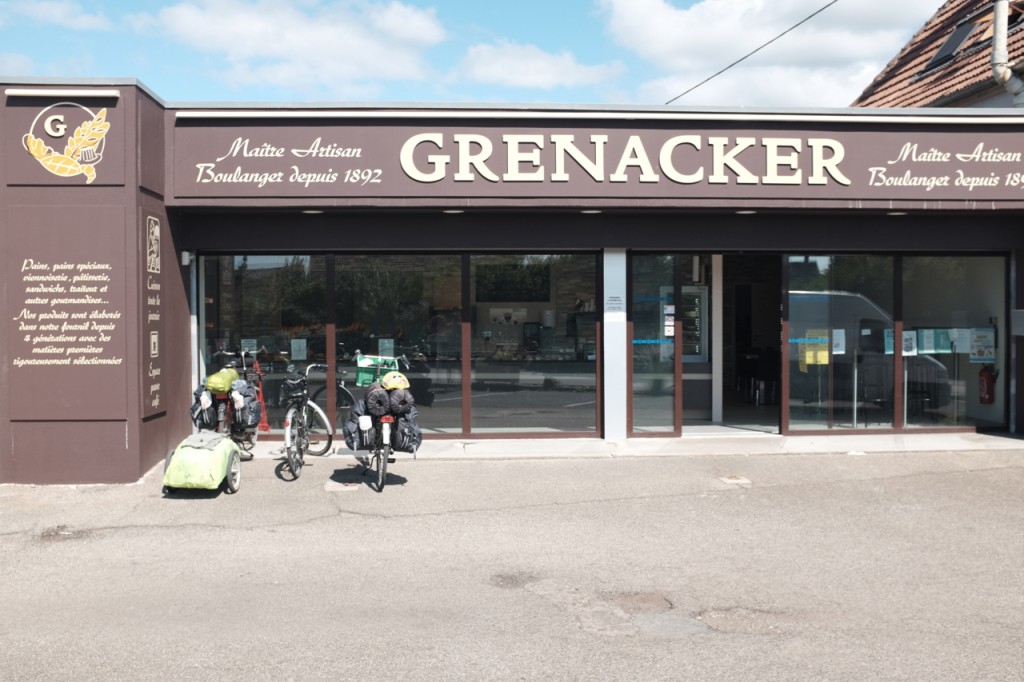 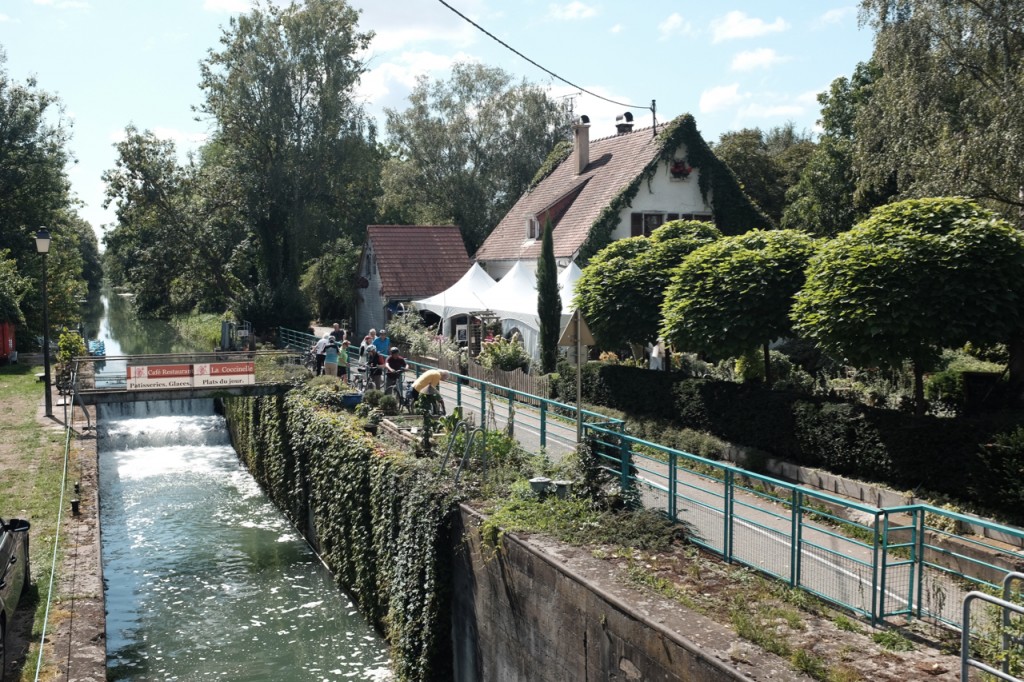 One of the highlights of the day for Jette was finding and exploring an old, spider-filled bunker from World War II. This area is full of the old concrete fortifications which formed the Maginot Line. This was a good opportunity for a quick talk about the history of WWII. 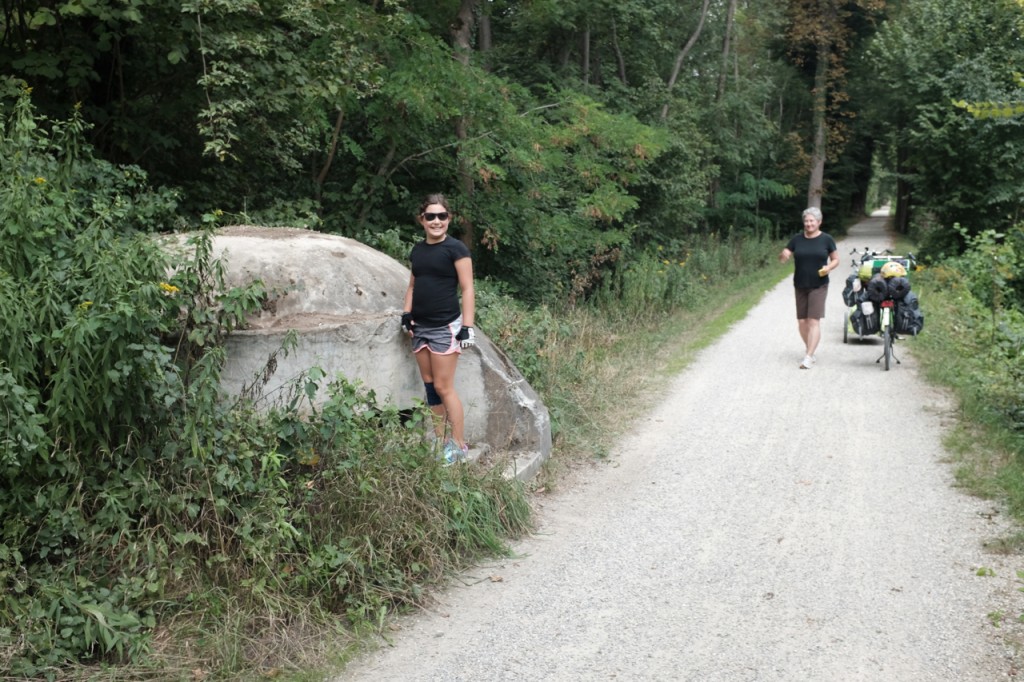 It is difficult to see, but next to Jette’s leg in the photo above is the gun slot out of which soldiers would presumably look and shoot. There was a narrow trail through the brush and down a small slope to the back where there were two openings into the bunker. Each had a “drop” of about 4 feet down into the bunker. I’m assuming this was so soldiers could have a good amount of cover for themselves if engaging enemies from the rear entrances. We scampered around and I helped Jette down the drop and into the entrance. Jette slid easily past the old iron door which was stuck partially open. I really had to squeeze through. 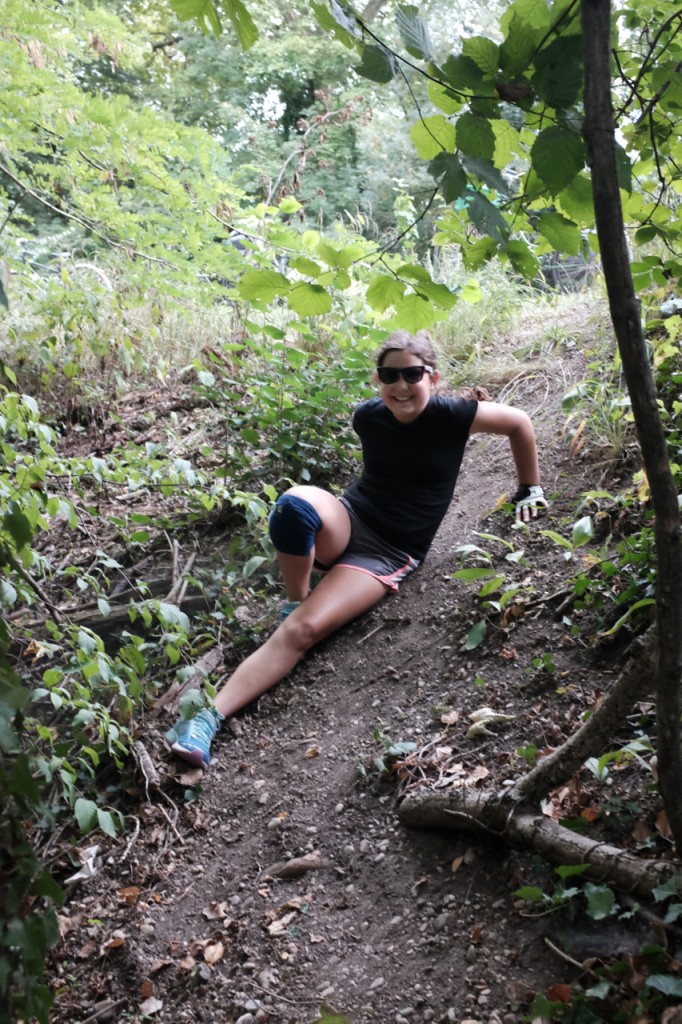 Sliding down to the back of the bunker 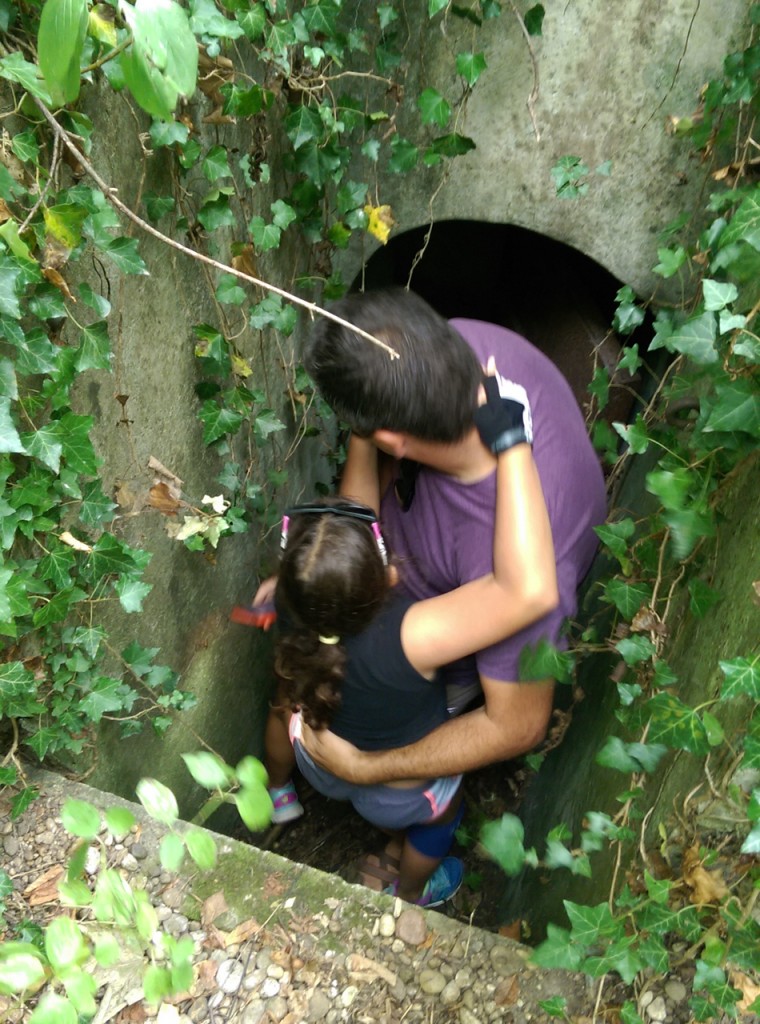 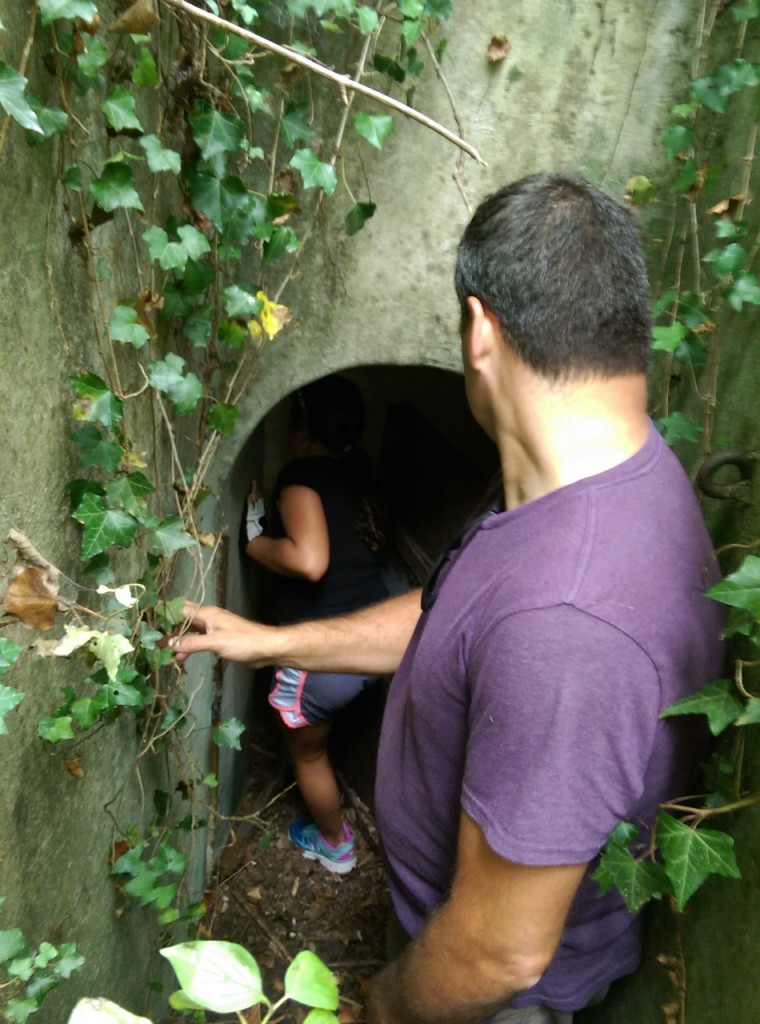 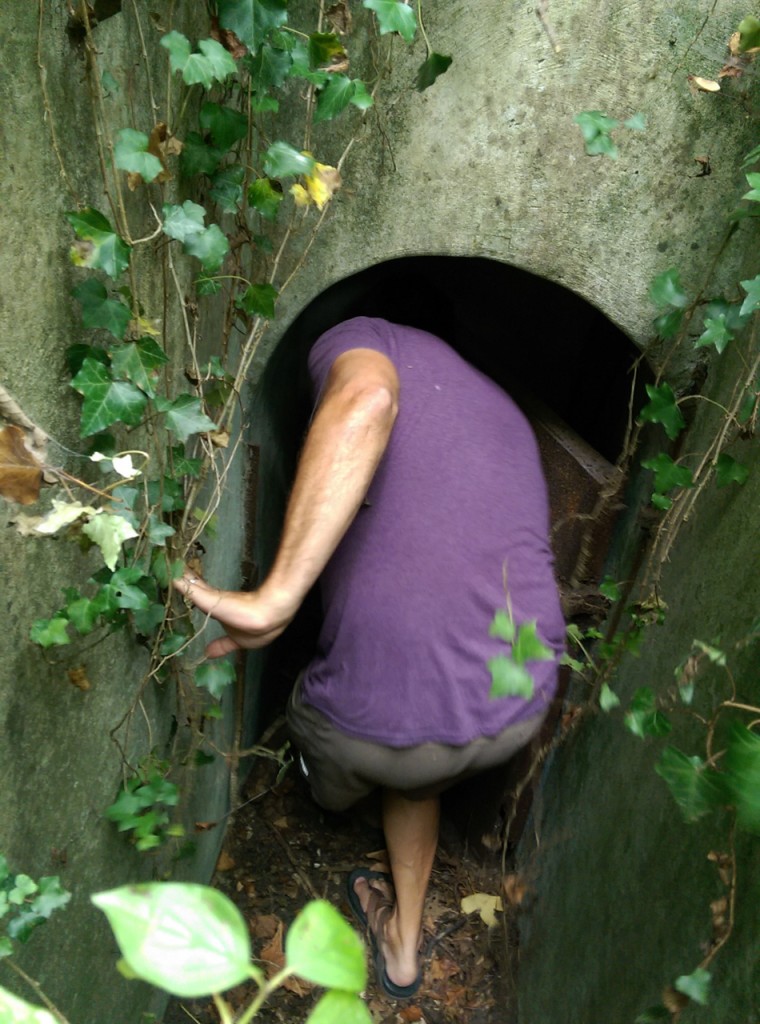 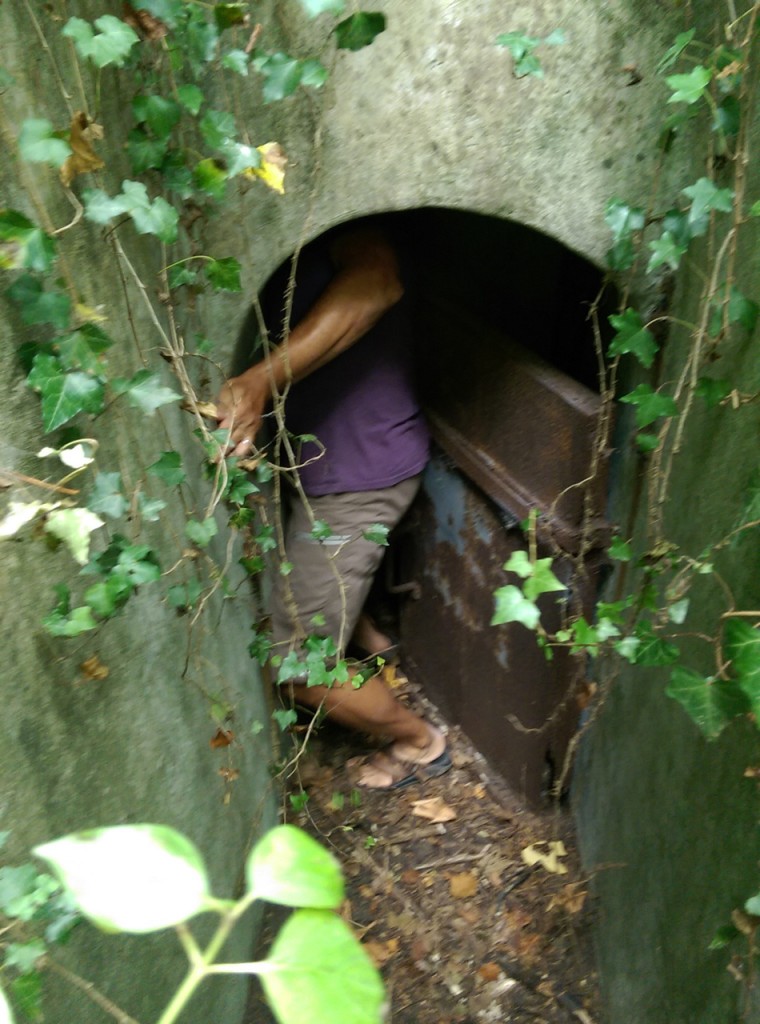 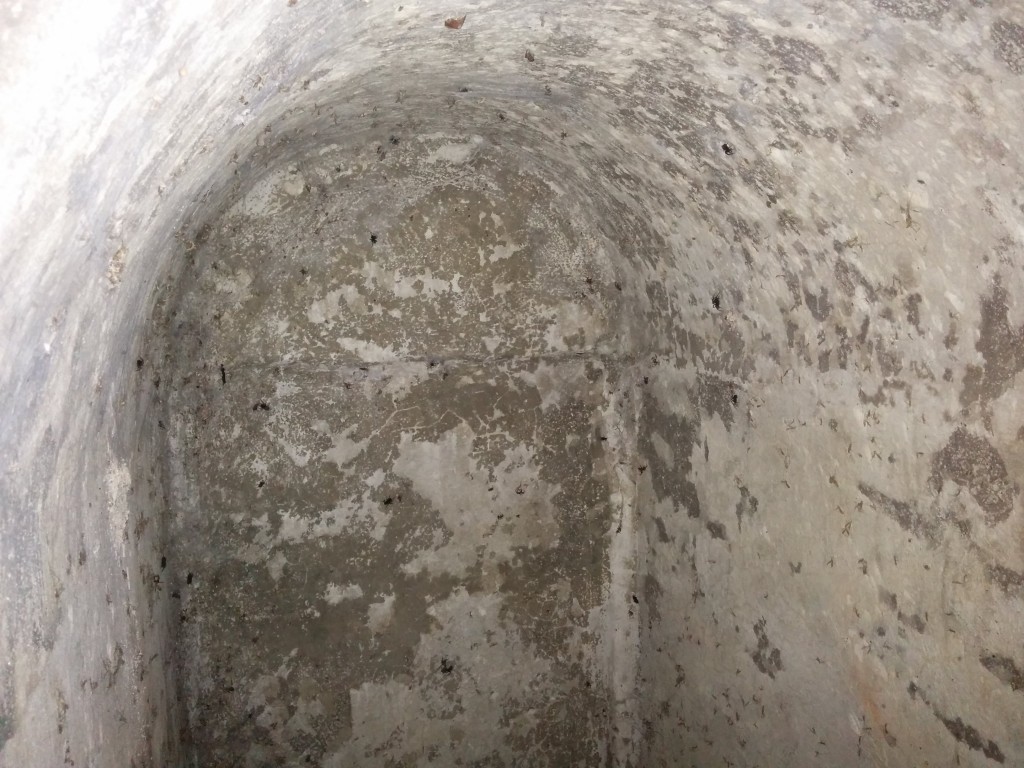 Lots of black spiders on the walls and ceiling 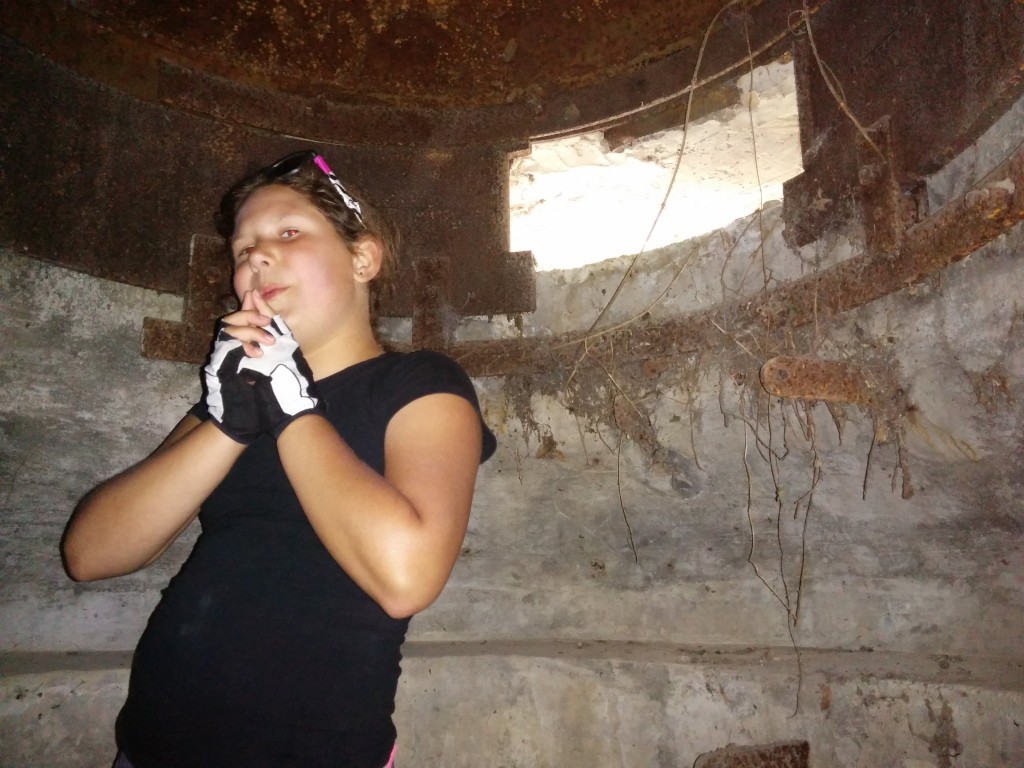 After exploring the bunker, it was back on the canal path. 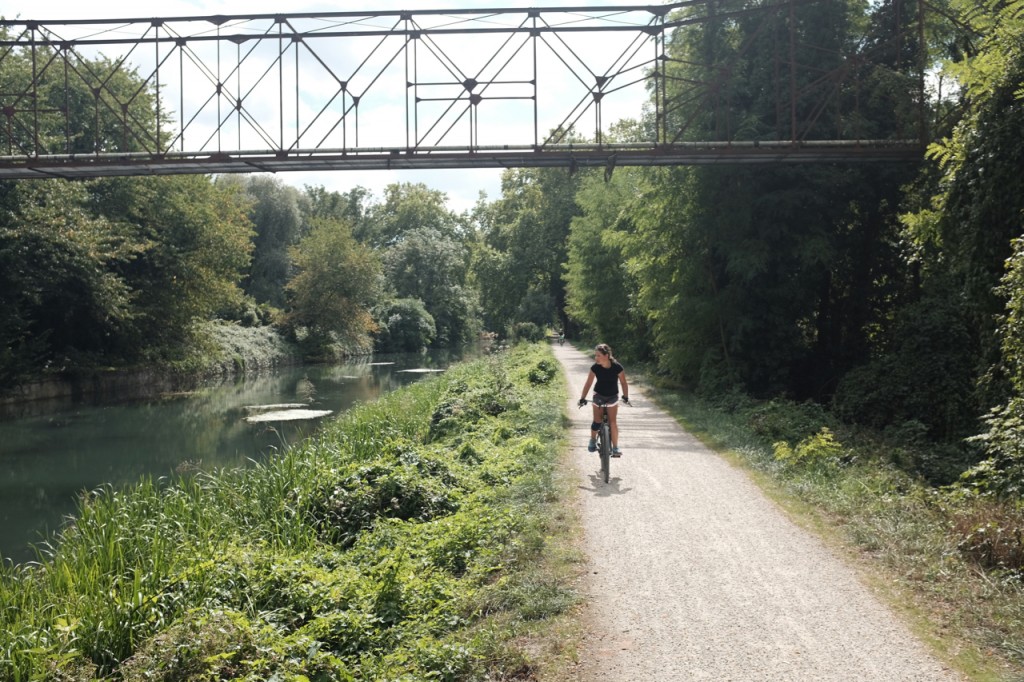 Back on the canal path

We rode for a while and stopped in the village of Sundhouse for some refreshments. We were hoping for a snack, but the only thing open was a bar, so drinks it was. 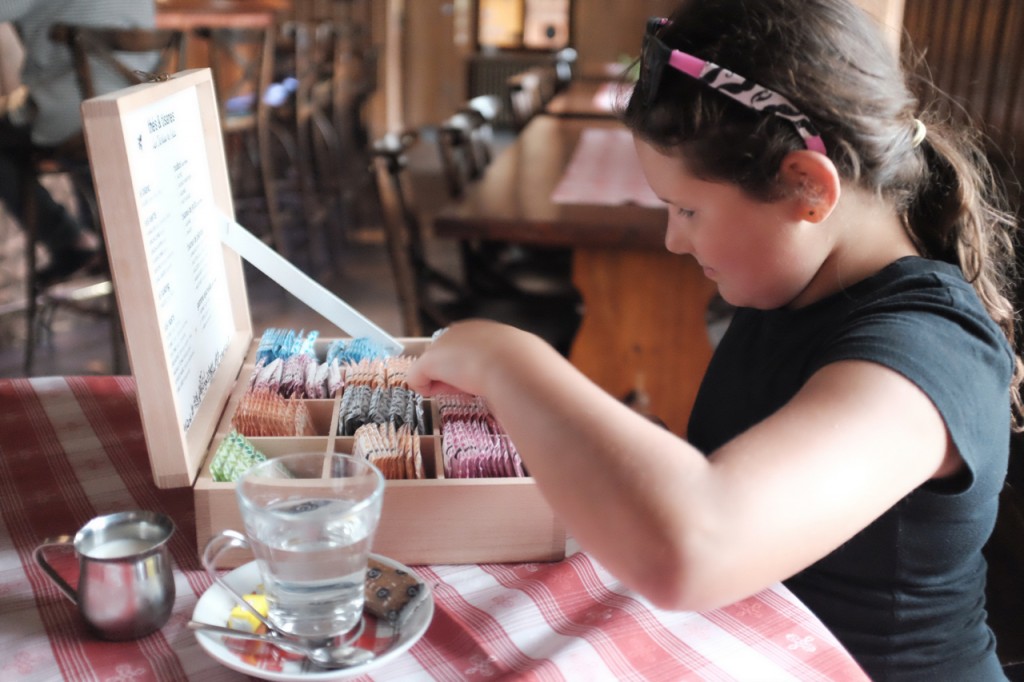 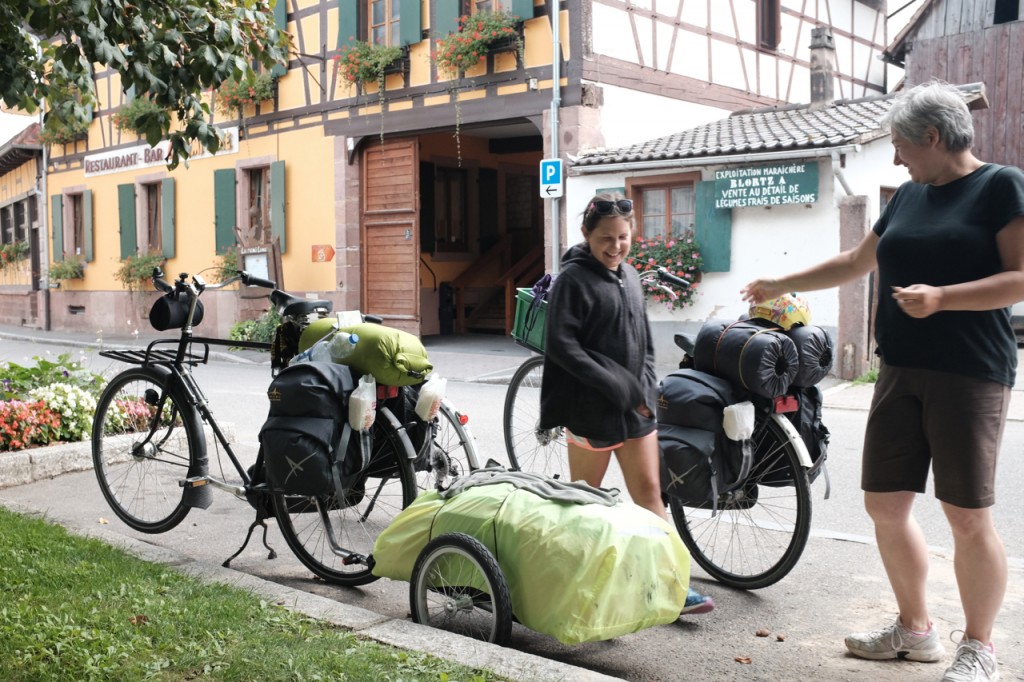 Refreshed and ready to roll

The weather was cool and the path was flat. We passed the time talking and looking for fish in the water. We saw some big ones, probably 60 cm long. 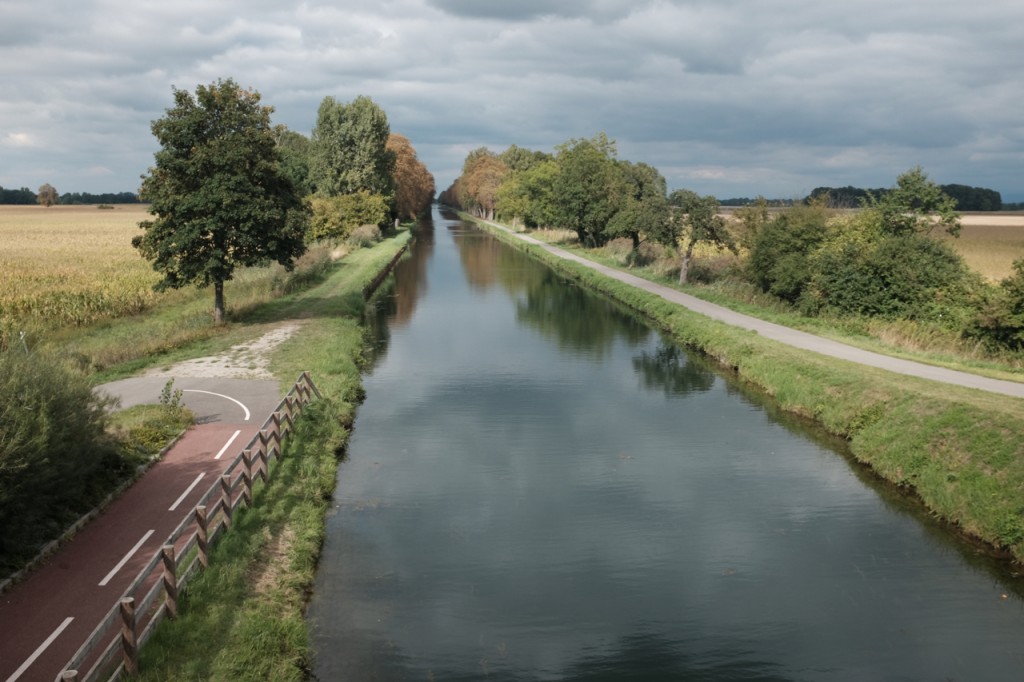 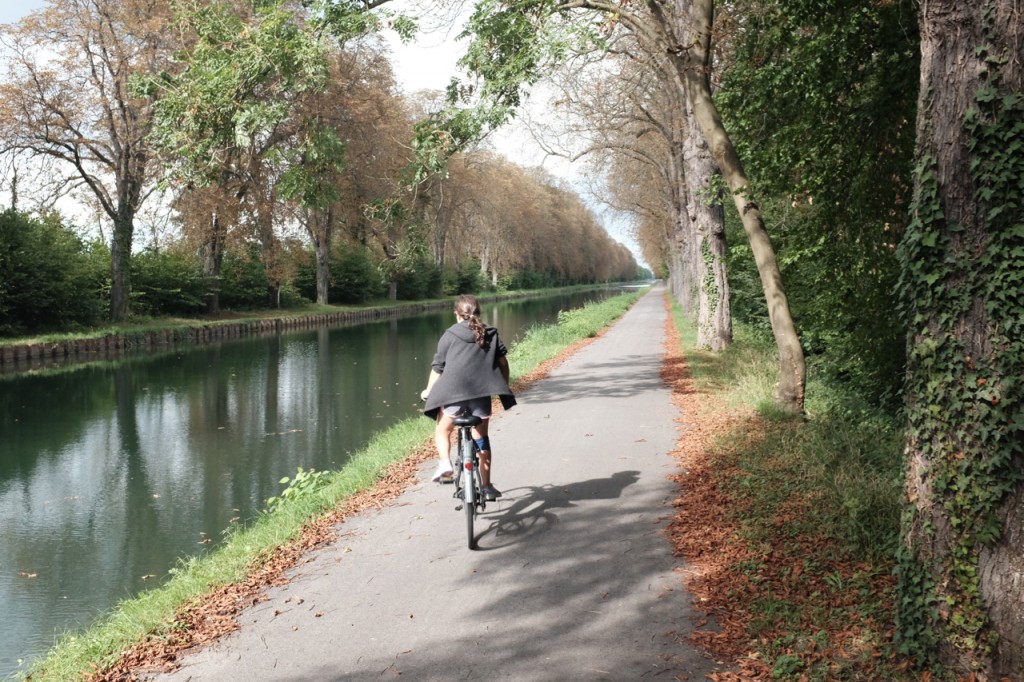 The first hints of Fall are not just in the air, but on the ground. Some of the trees are already dropping their leaves and the edges of the path are lined with coppery red leaves.

As we approach the area around Boofzheim, we reach the section of the canal that is still in use and navigable. We see our first boats on the canal. 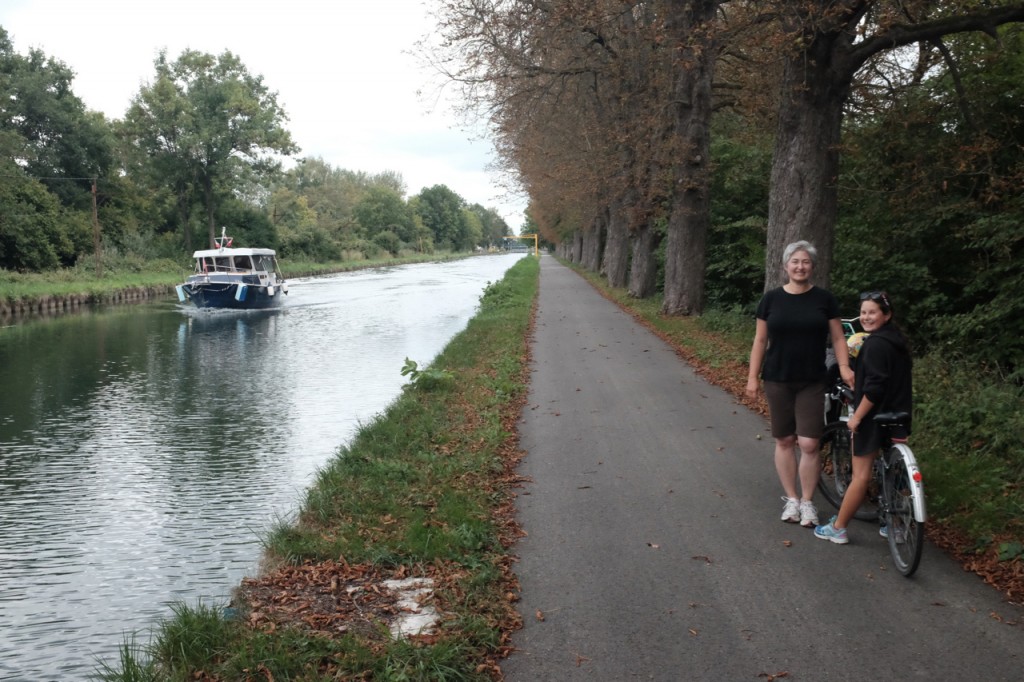 We also decide that it is time to call it a day and find a place to sleep. We leave the canal path and head into the town of Boofzheim to a campground. 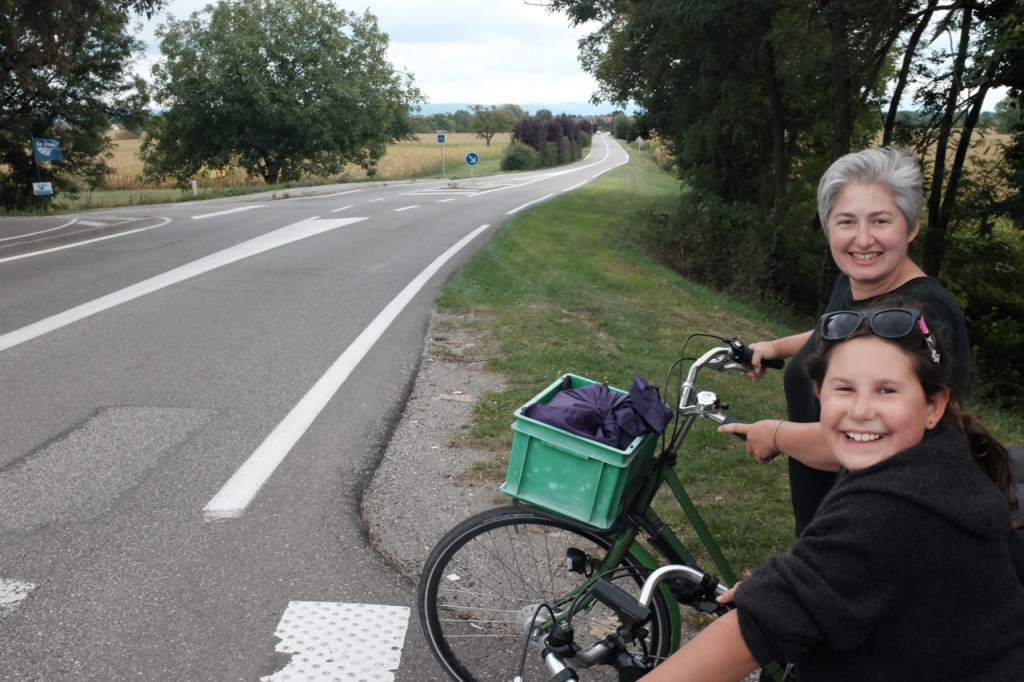 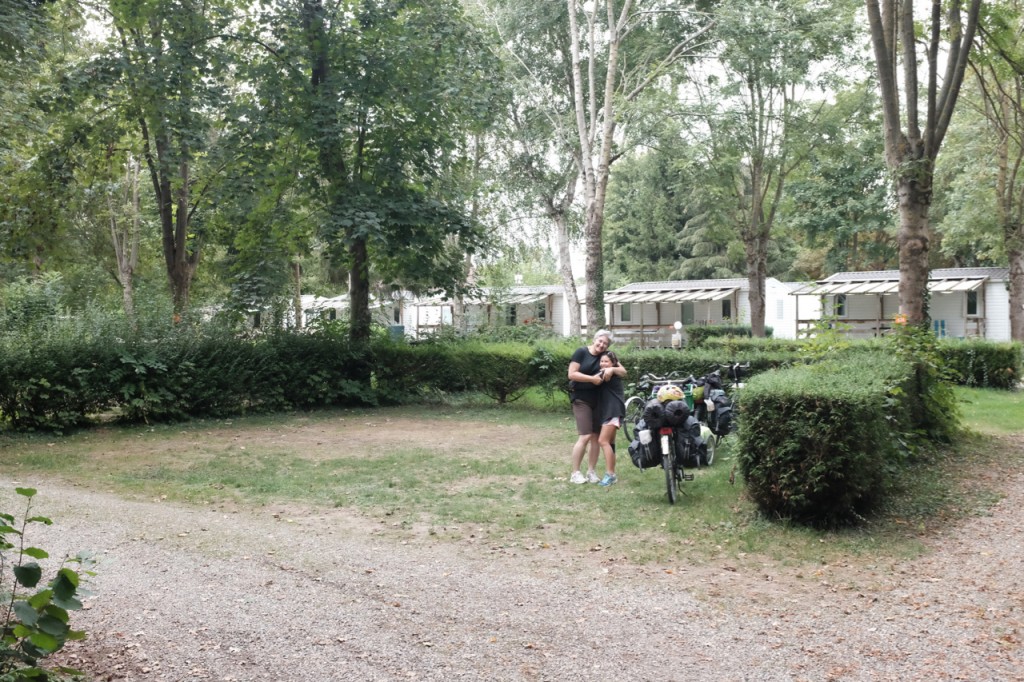 Getting ready to pitch the tent 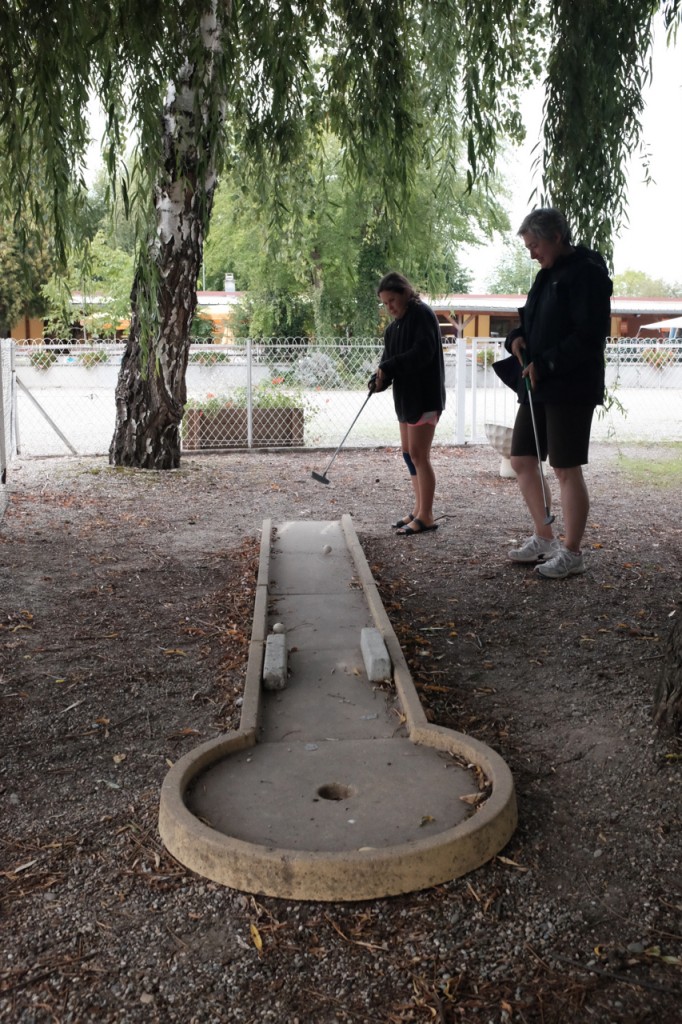 Surprisingly, the internet connection is strong enough for a quick (and rare) Facetime session with a friend. 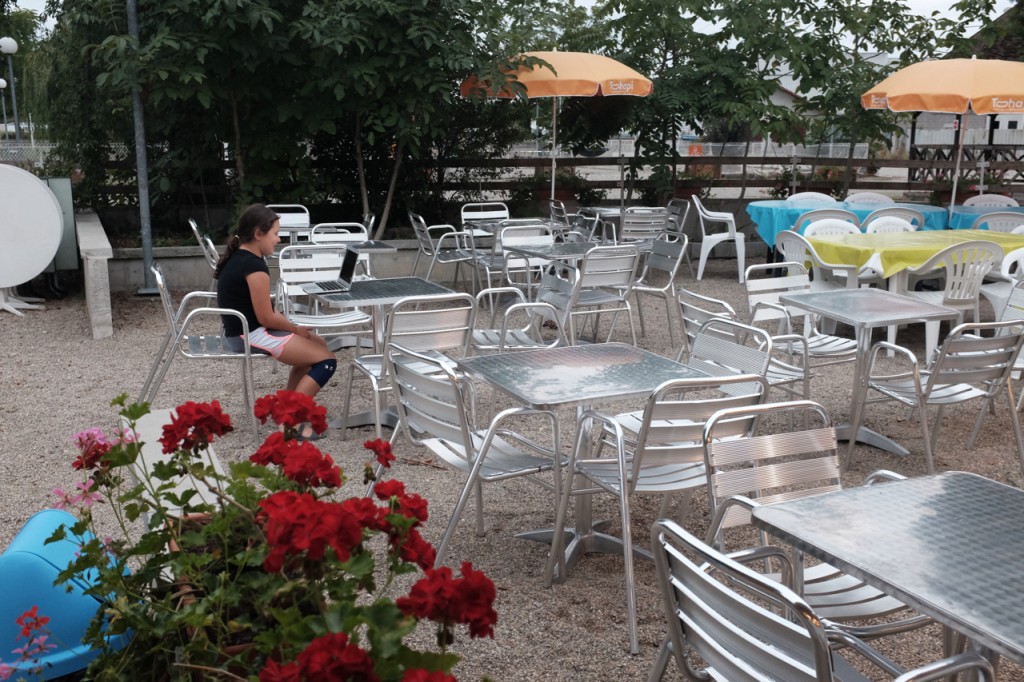 The campground is close enough to Strasbourg and just enough off the route that they don’t get many cyclists. We are welcomed as something of an oddity, particularly as Americans. Tonight the campground restaurant is having a special dinner of a spécialité d’Alsace – the tarte flambée. I had two gratinée.

Then it was time for showers, laundry and bed. 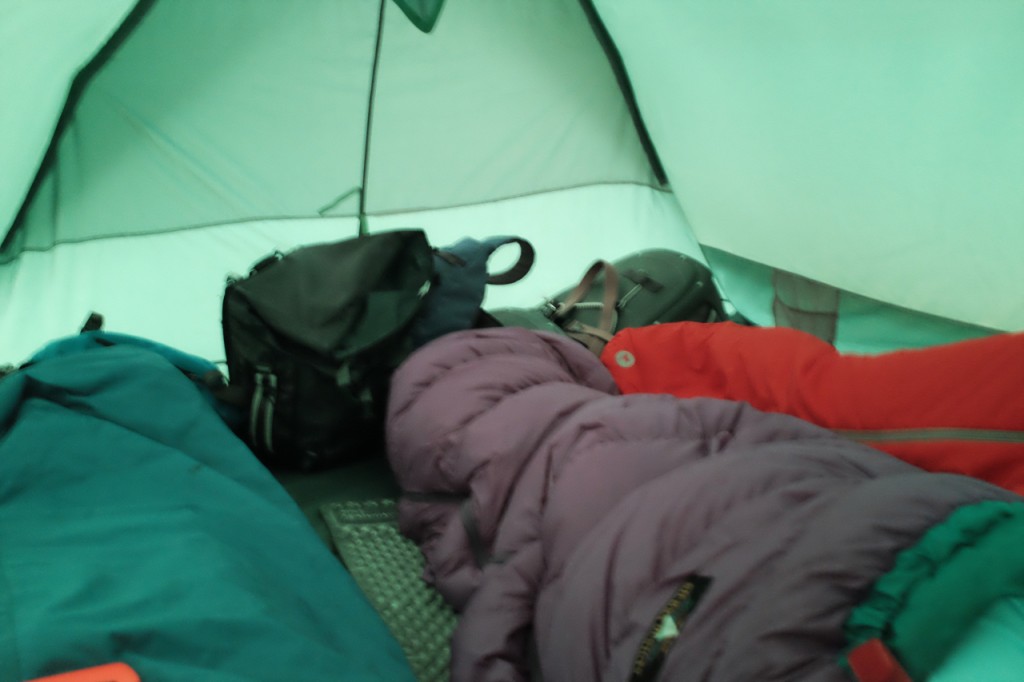