Day 18: Another rest day in Koblenz 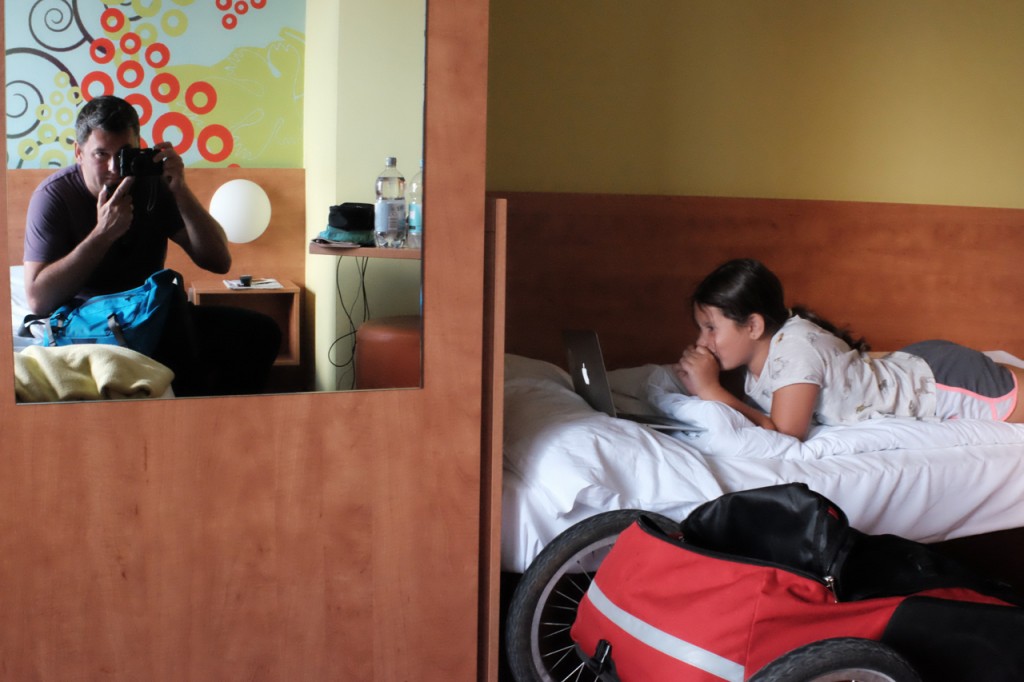 Monday morning. We got up and walked into the shopping district in town to find some breakfast. I walked my bike and after breakfast Mila and Jette did some window shopping while I took my bike to Fahrrad XXL Franz a great bike shop with a branch in Koblenz. It’s a big multi-story shop with lots of bikes and accessories and a service area that promises repairs within 24 hours! 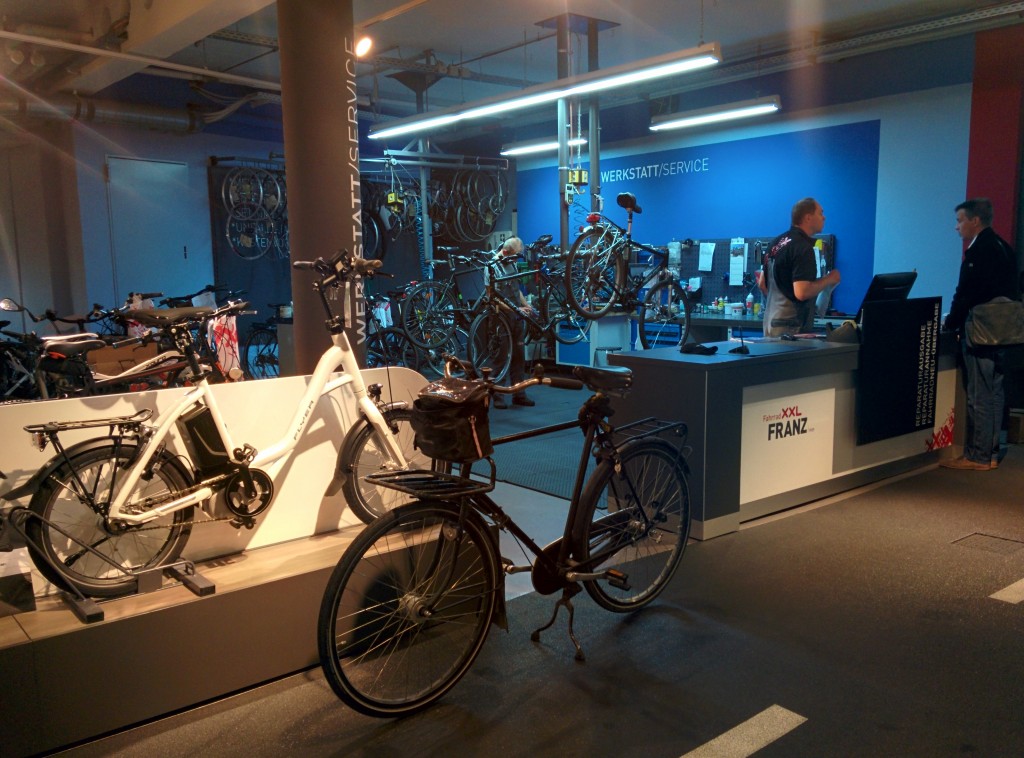 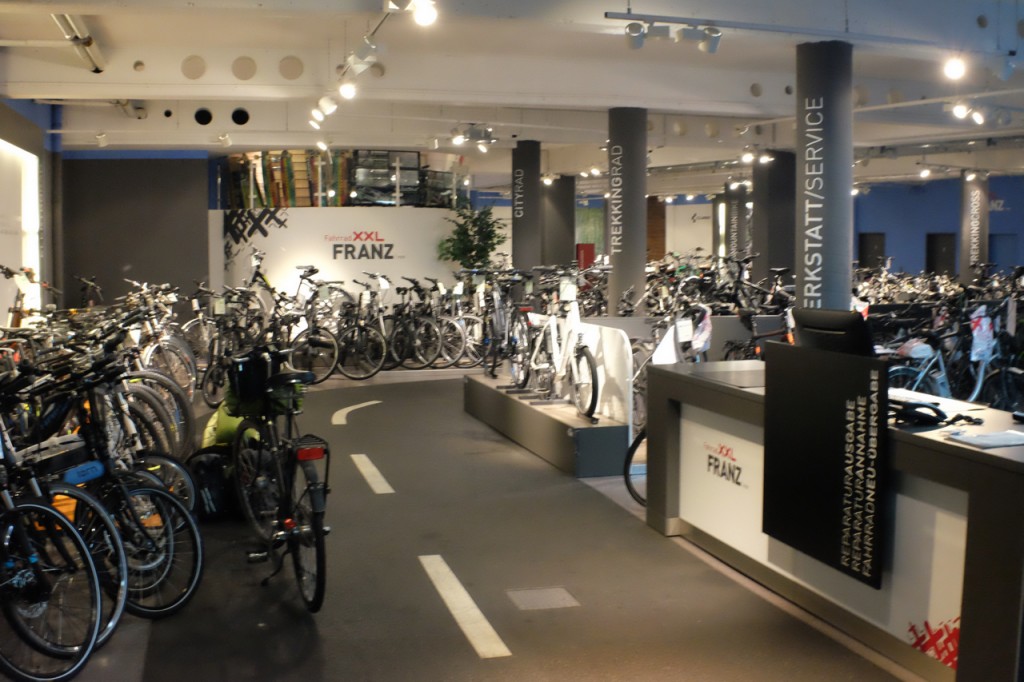 I was in luck. They had a replacement bellcrank in stock and even did the installation for me while I had a tea. Nice. I didn’t snap a photo, but it is the new style that looks like this: 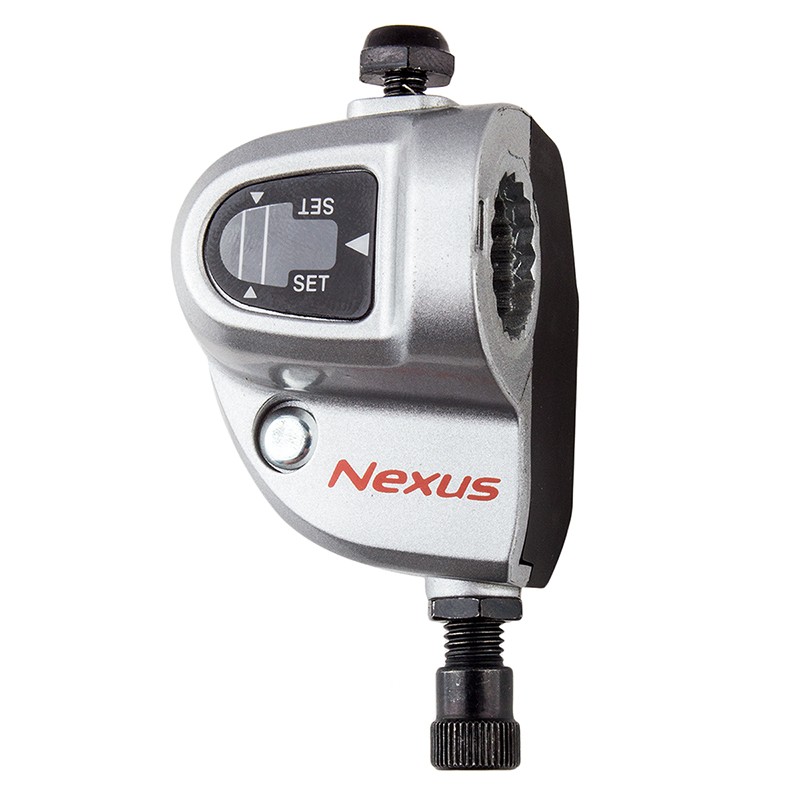 We spent the rest of a rainy afternoon window shopping and sampling the best gelato/ice cream we’ve found so far on this trip. If you are ever in Koblenz, check out eGeLoSIa. 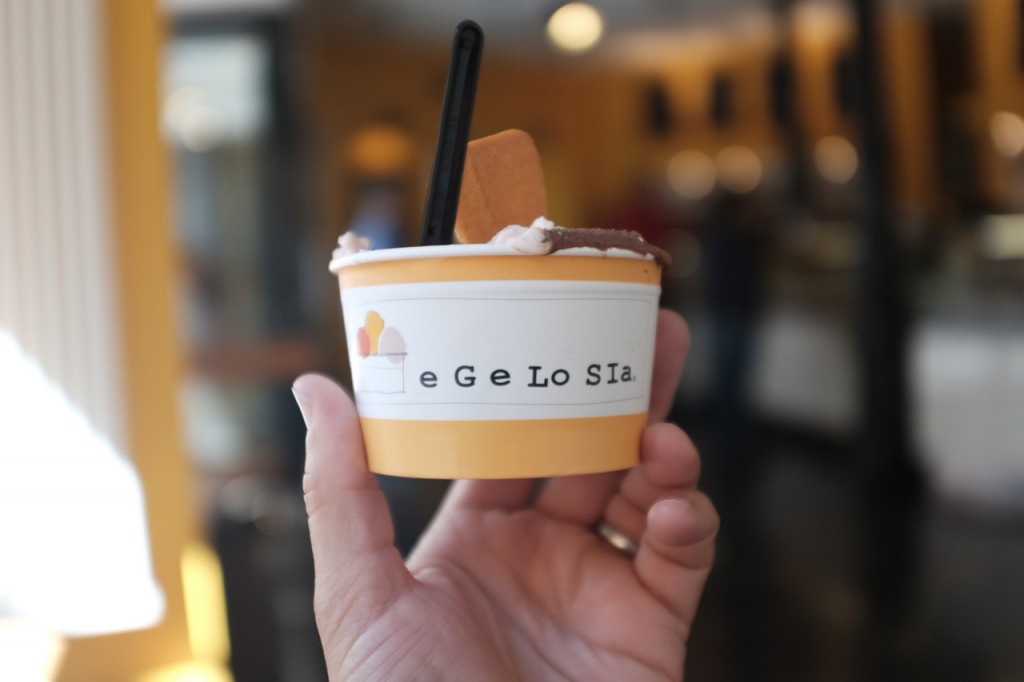 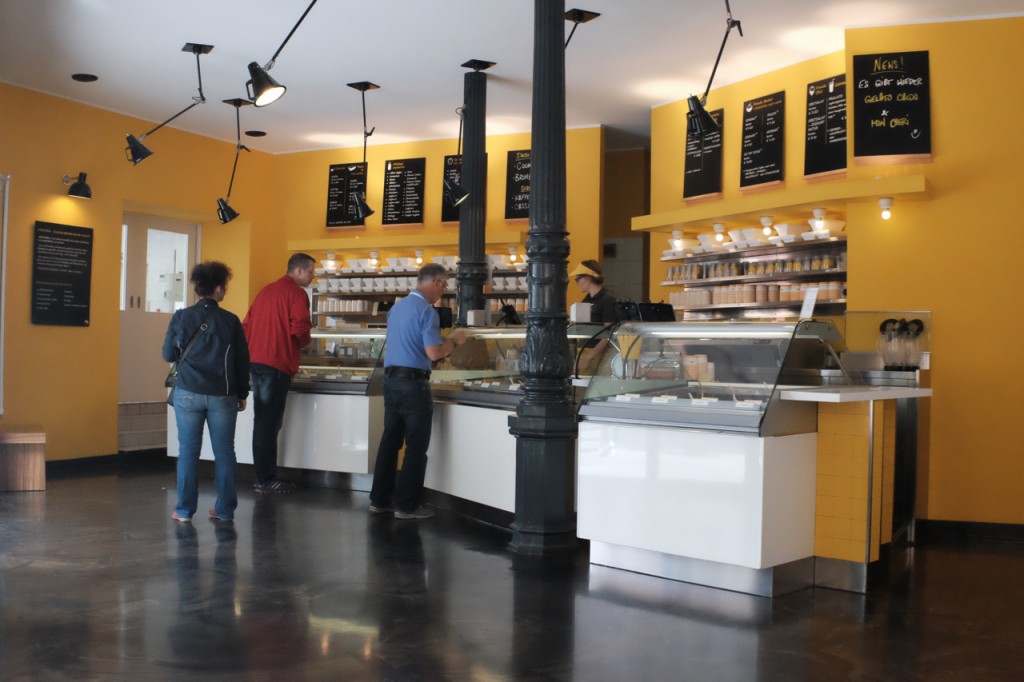 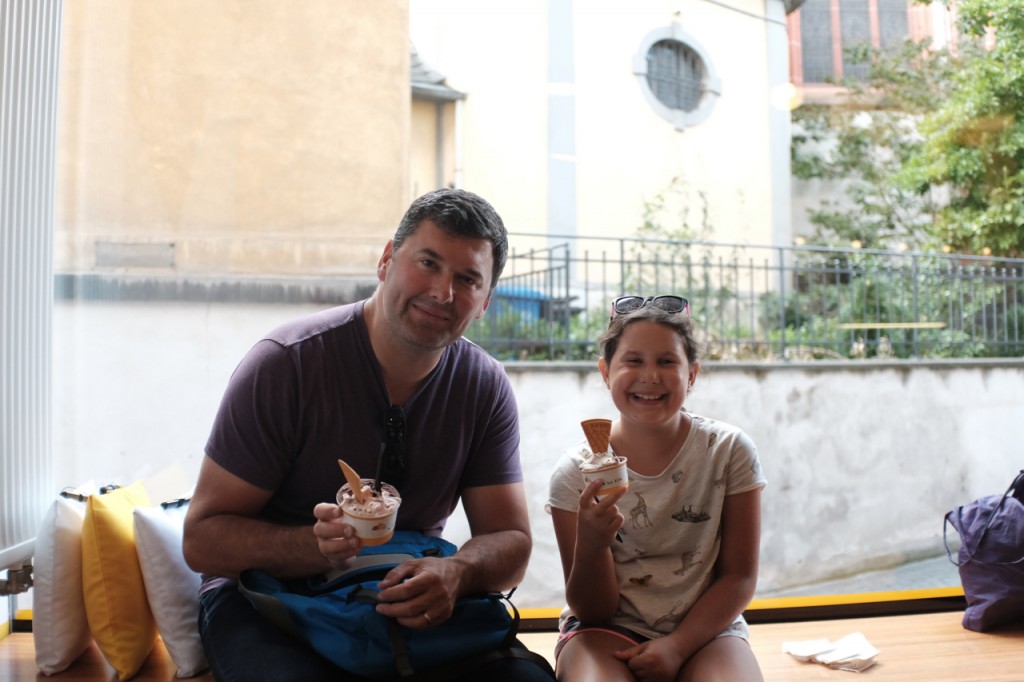 I had bitter chocolate gelato and strawberry chocolate chip frozen yoghurt. Mila had hazelnut and stracciatella, and Jette had chocolate and rocher. They were all delicious.